This Lancaster County staple is given a punch of flavor with fresh rhubarb. A hearty breakfast, rhubarb baked oatmeal is sure to keep you filled up all morning long! 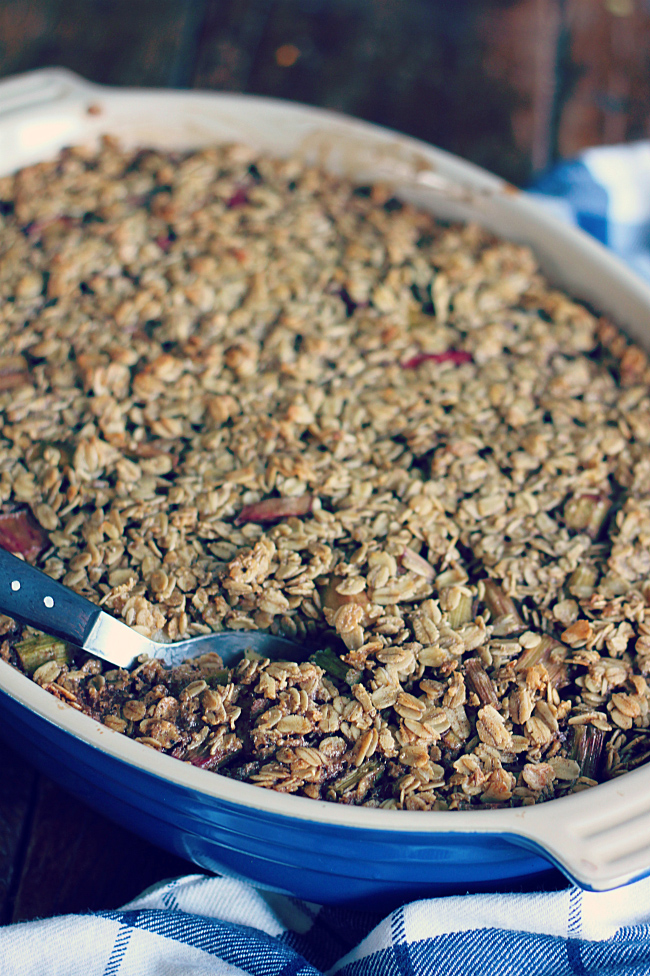 I was driving down a winding back country road the other day when I spotted an Igloo cooler setting at the entrance to a long farm lane. On the hand-drawn sign I saw the words “Rhubarb for sale” and I knew right then and there that I needed some of that tangy vegetable in my life. It’s true–rhubarb is indeed a veggie, although we often associate it with sweet dishes. After pulling over and putting my $1 in the tin can for a huge bunch of rhubarb (seriously, springtime is the BEST in Lanc Co!), I happily went my way contemplating what I’d make with my steal-of-a-deal rhubarb. 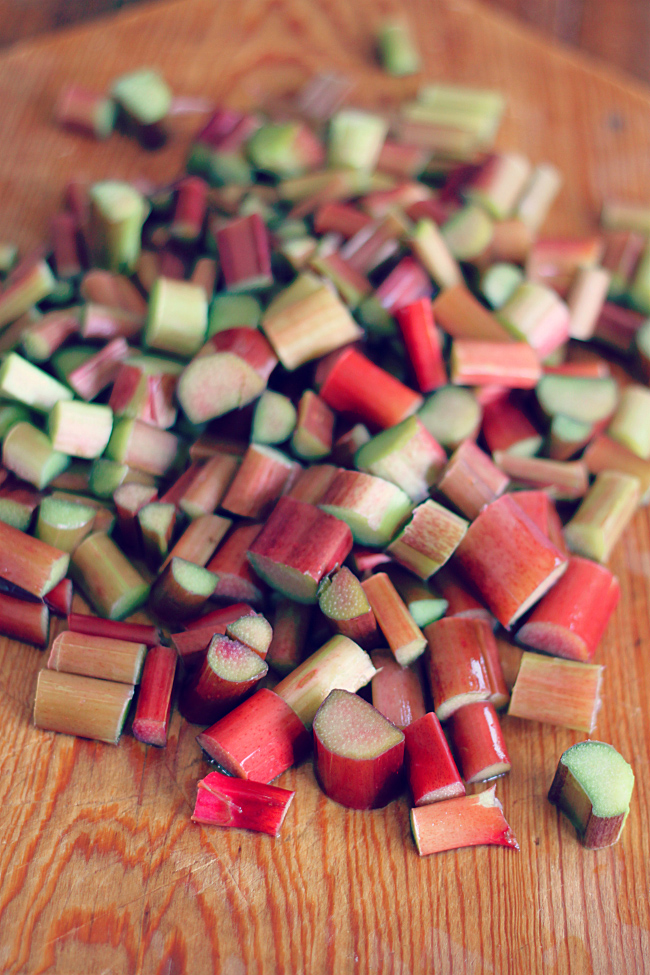 Since we’re trying to watch our sugar intake at our house, pie was automatically dismissed…although rhubarb pie is on my to-do list at some point. Never made it before so I’m eager to try. My family loves baked oatmeal. So I thought I’d try my hand at a new-to-us flavor–rhubarb with fresh strawberries sliced on top. Sure, you can bake the strawberries in with the oats (a classic flavor combo is strawberries and rhubarb), but I wanted those juicy berries on top (along with some whipped cream 😉 ) 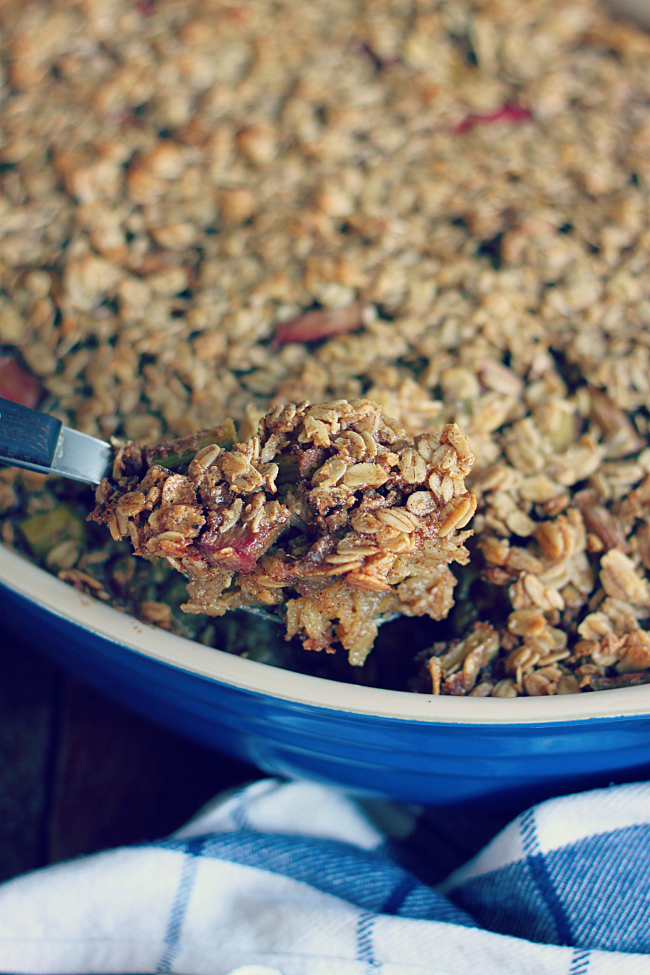 When you’re slicing the rhubarb, just be sure to discard the leaves, as they’re toxic. Finn kept eating the rhubarb as-is, in all its tangy glory! I was surprised seeing he’s my pickiest eater. My husband is a huge fan of rhubarb, so perhaps that’s where his love of it came from. 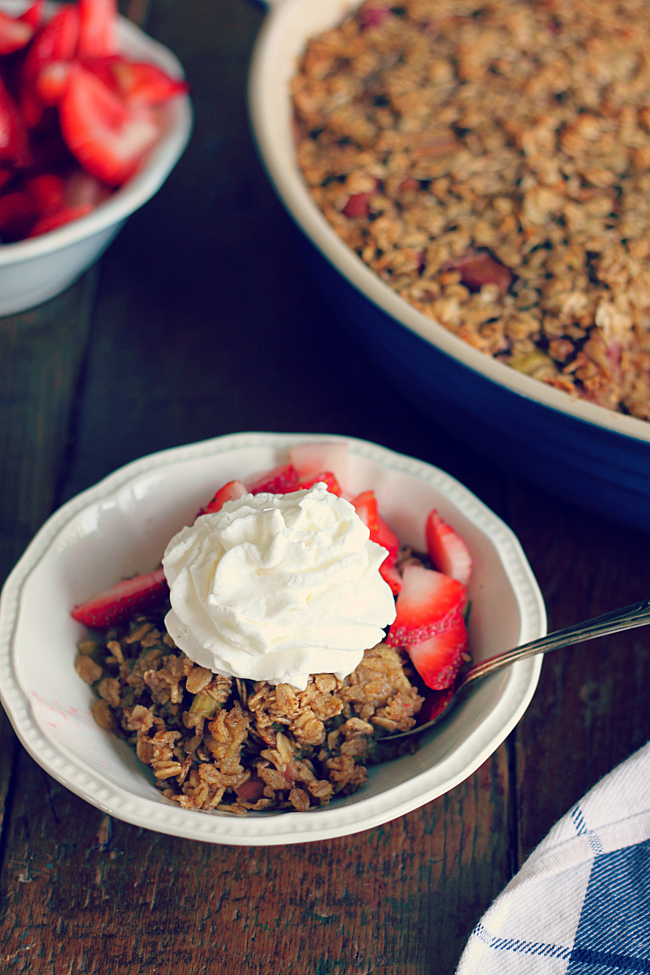 When creaming together the butter and Golden Barrel Coconut Oil, the butter should be softened and the coconut oil in a soft-solid state. What this means is that the coconut oil shouldn’t be totally liquid or rock hard. Since coconut oil has a melting point of 76 degrees Fahrenheit, during the summer months, it’s usually in a liquid state. To firm it up, simply put in the fridge for a few minutes to make it a scoopable solid (think peanut butter consistency). It’ll cream together beautifully with the butter. 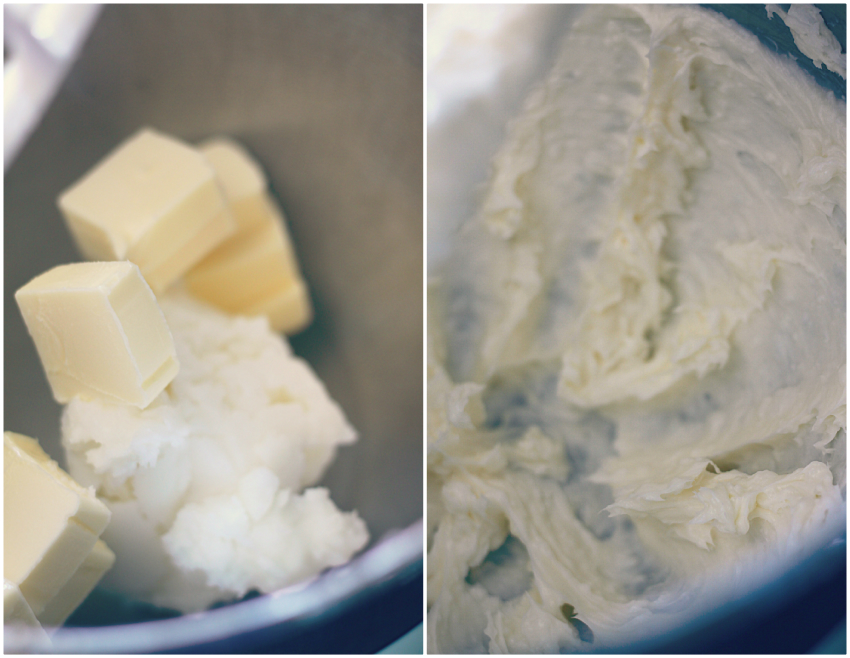 I usually add flax seeds and/or chia seeds when I’m mixing up the batter, but didn’t have any on hand this time. You could always add almonds or your favorite nut to it as well. Make it as full-of-goodness as your palate likes. We typically add milk to the oatmeal when served. And a dollop of whipped cream is always a fun addition. 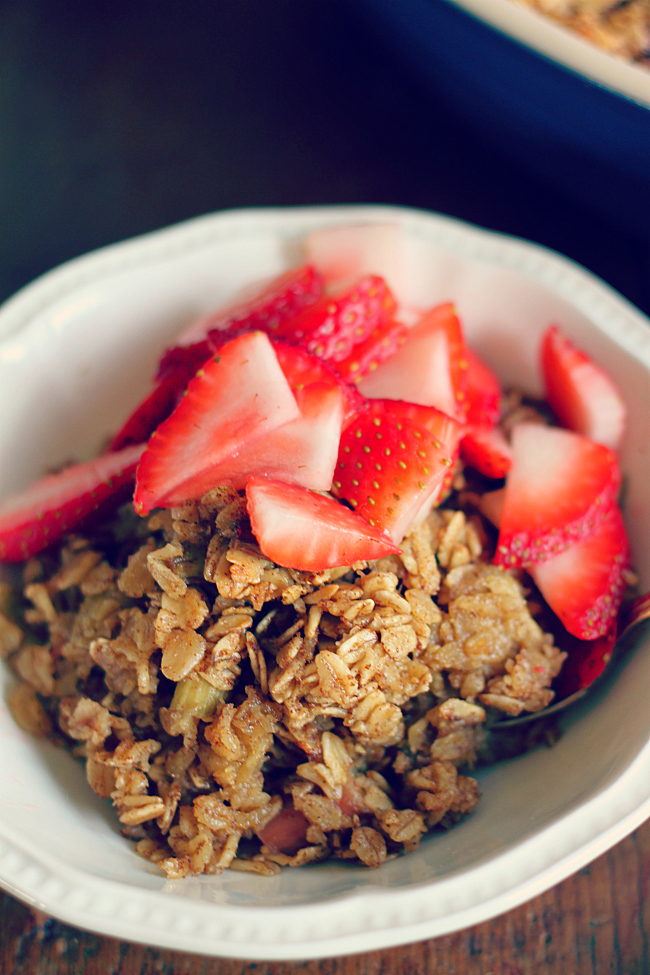 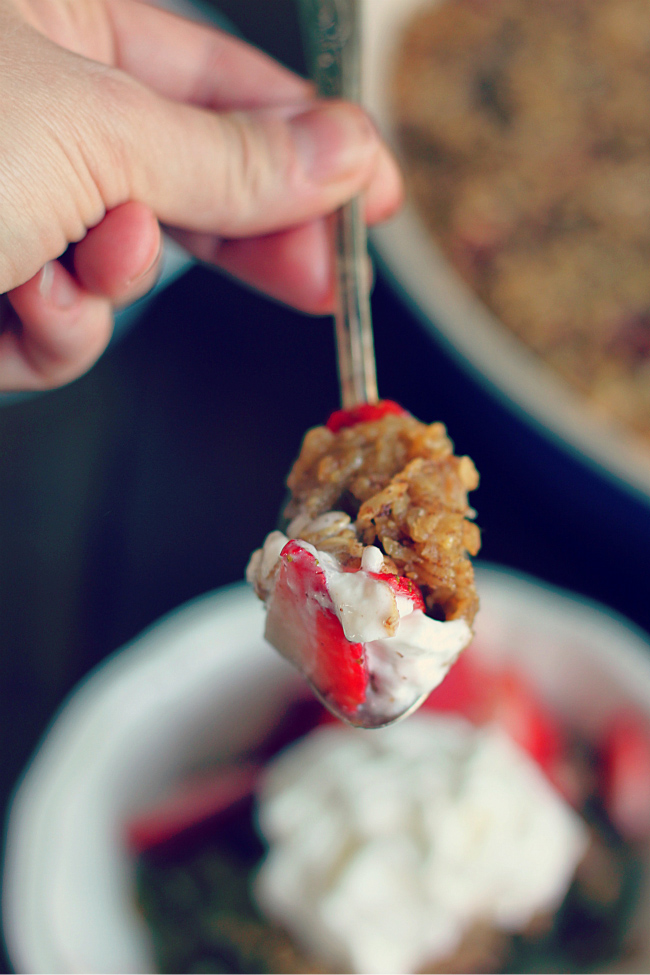 Baked oatmeal is a hearty breakfast meal but also has been known to pinch hit for dinner and/or dessert at times. Okay…If I’m being completely honest, I’d say we mostly have it for dinner. 🙂 It’s one of those oh-shoot-it’s-4:00-and-I-don’t-know-what-we’re-having-for-dinner-yet meals. Easily whipped up and baked in 30 minutes, this baked oatmeal is sure to be a hit in your house any time of day. 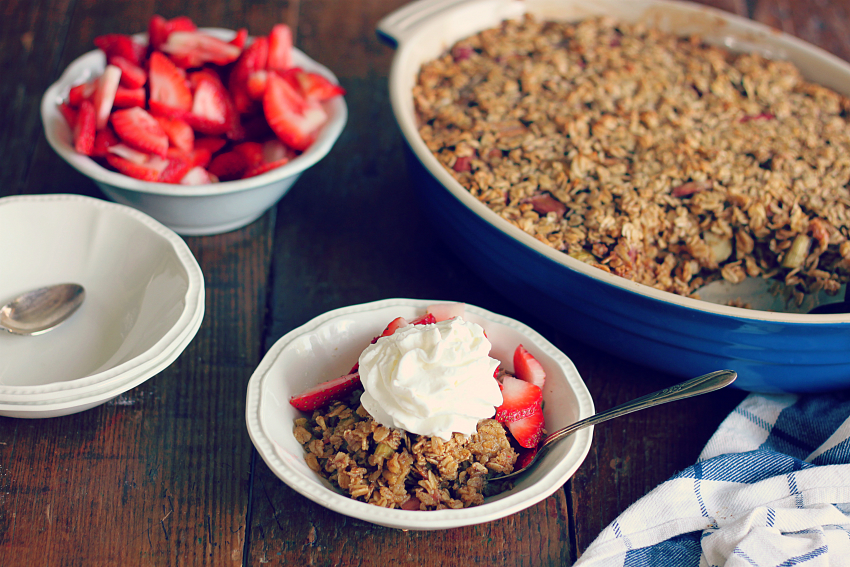 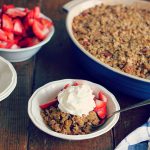 For smaller portions (2-4 people), simply cut the recipe in half.

This baked oatmeal recipe doesn't need to be strictly made with rhubarb. It can be used with any of your favorite fruit--either fresh or dried. So get creative! We enjoy blueberry, raspberry, peach, cinnamon raisin, even chocolate chip.