Mouth-watering, tender, and oh-so delicious, these apple cider doughnuts are perfect this time of year. Warm cinnamon apple flavors are what fall is all about, right? These doughnuts are easy peasy because they’re baked right in a non-stick pan, making them a go-to treat for breakfast or a mid-day snack. 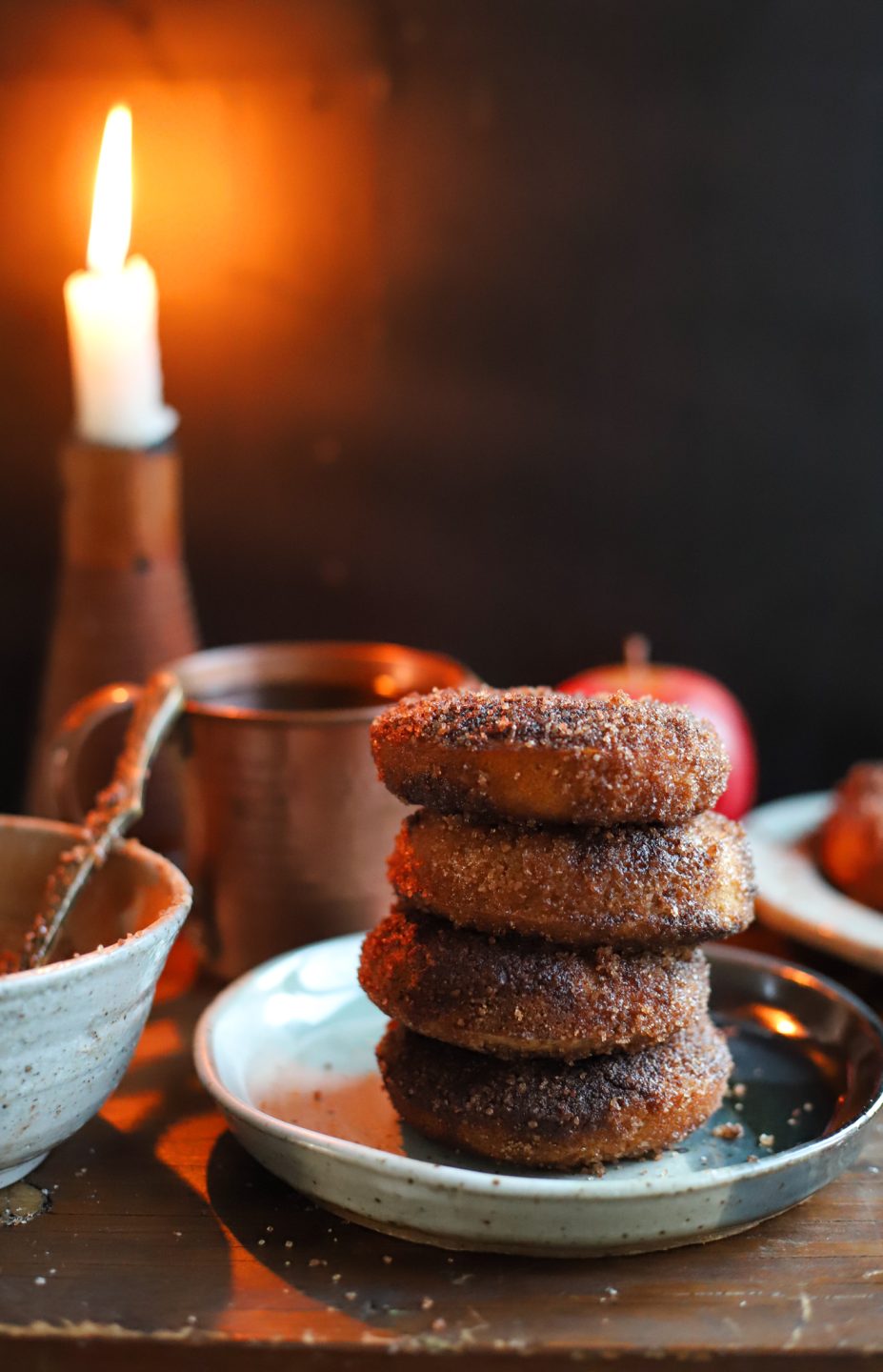 I’m excited to share another doughnut recipe with you guys! It’s been a while since I shared one (check out this pumpkin spice one) and I thought we were due for another mouth-watering, finger-licking, cinnamon sugar-coated doughnut recipe. There’s just something about warm doughnuts on a cool fall morning…yum! 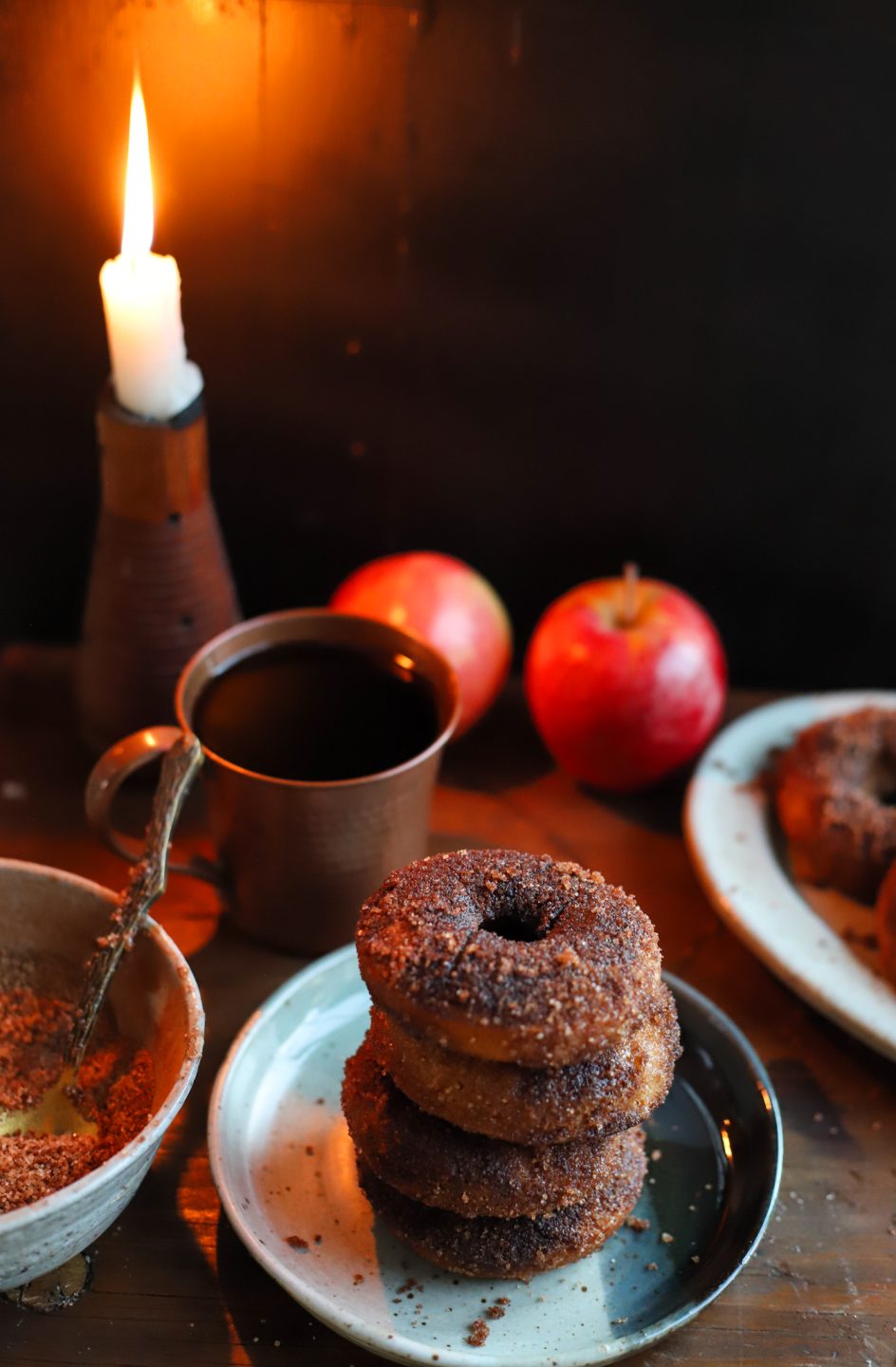 These are easy. The only ingredient you might have to run to the store for is the apple cider. I’m blessed to live in an area where fresh local apple cider is readily available. We have lots of orchards around and one big orchard (Kauffman’s) that sells cider to all the local grocery stores in the area. And it is the best cider, in my humble opinion. 🙂 This is the first time I’ve boiled down cider. I do love learning new techniques and this was one of them. The point of boiling down (if you don’t know), is to thicken the cider a bit, making its flavor more pronounced. And I did taste some of the boiled down cider and it was much sweeter than regular cider. 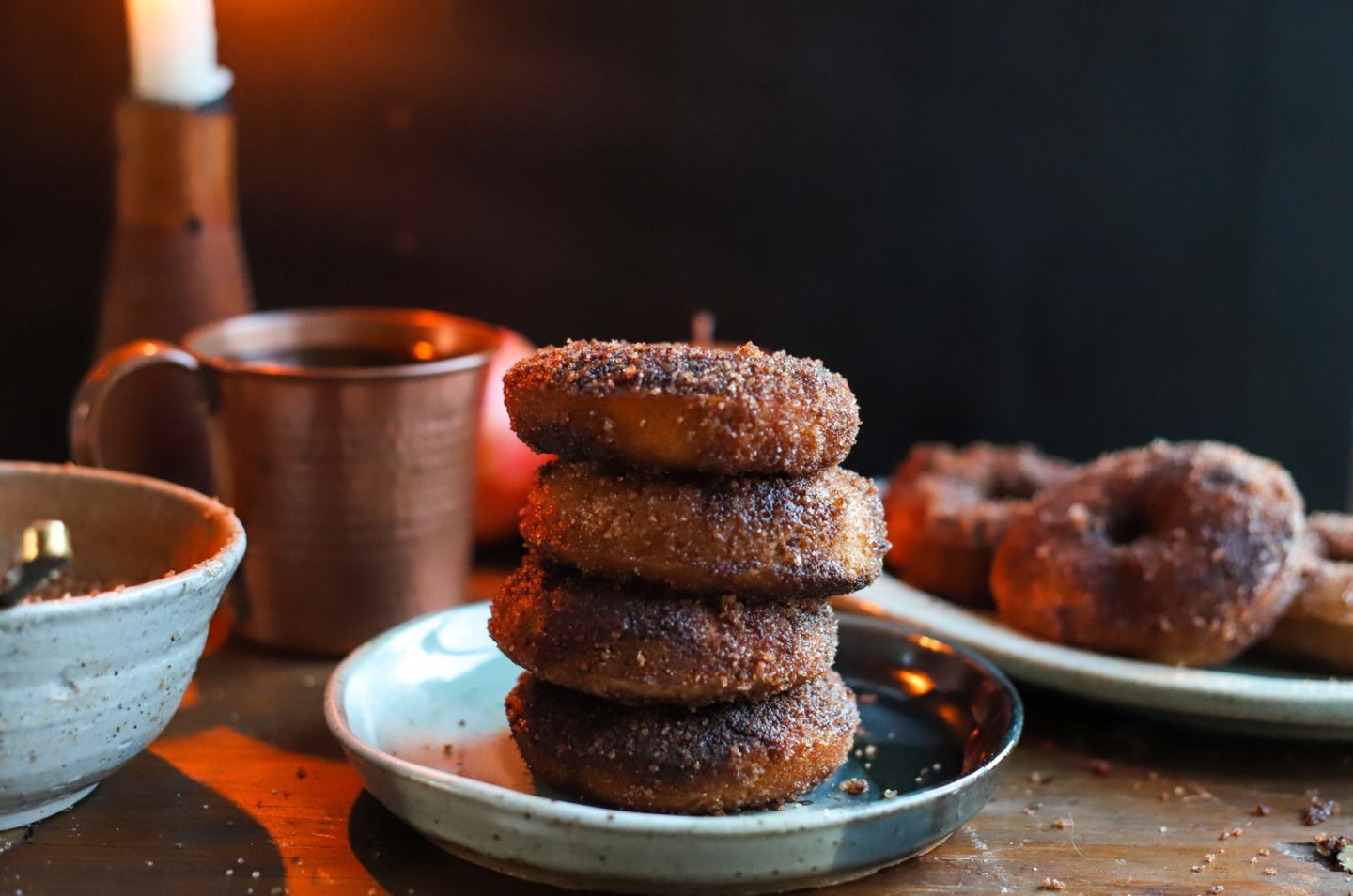 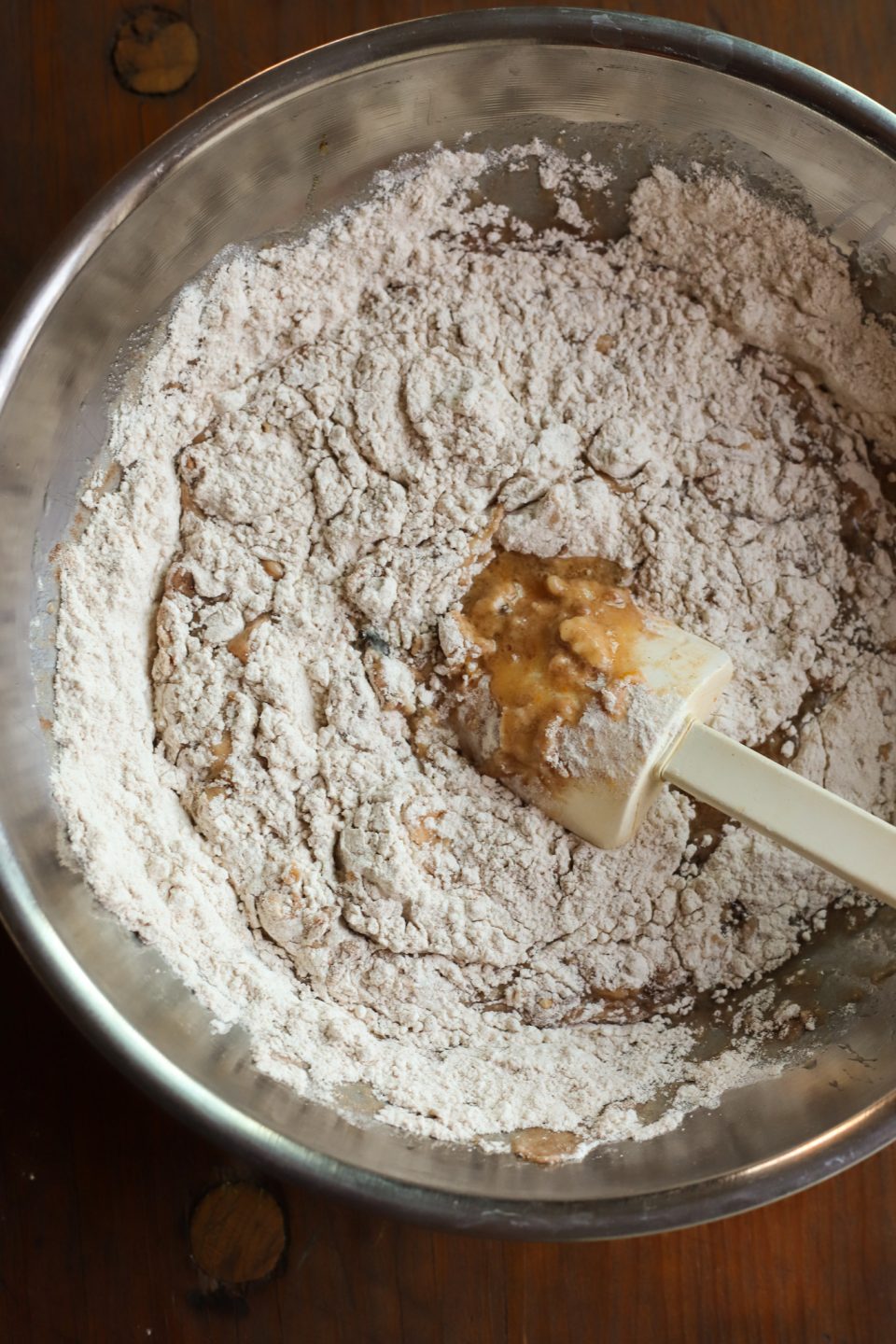 I didn’t even have to coat my non-stick pan with spray. These doughnuts came out so easily. 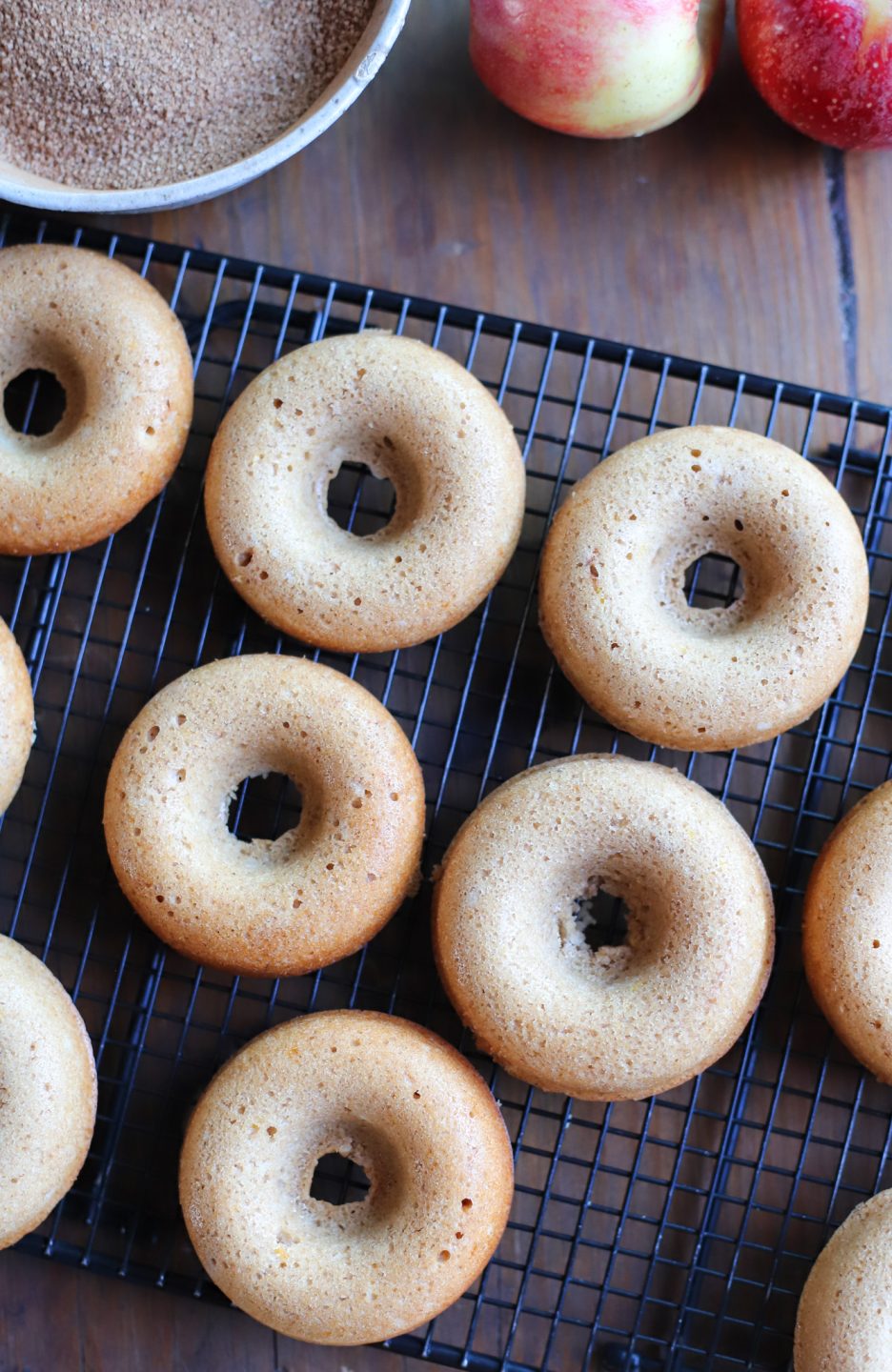 After the doughnuts are baked, that’s when you dip them in melted butter then the cinnamon sugar. There’s extra cinnamon in here to make it super flavorful–two whole tablespoonsful! 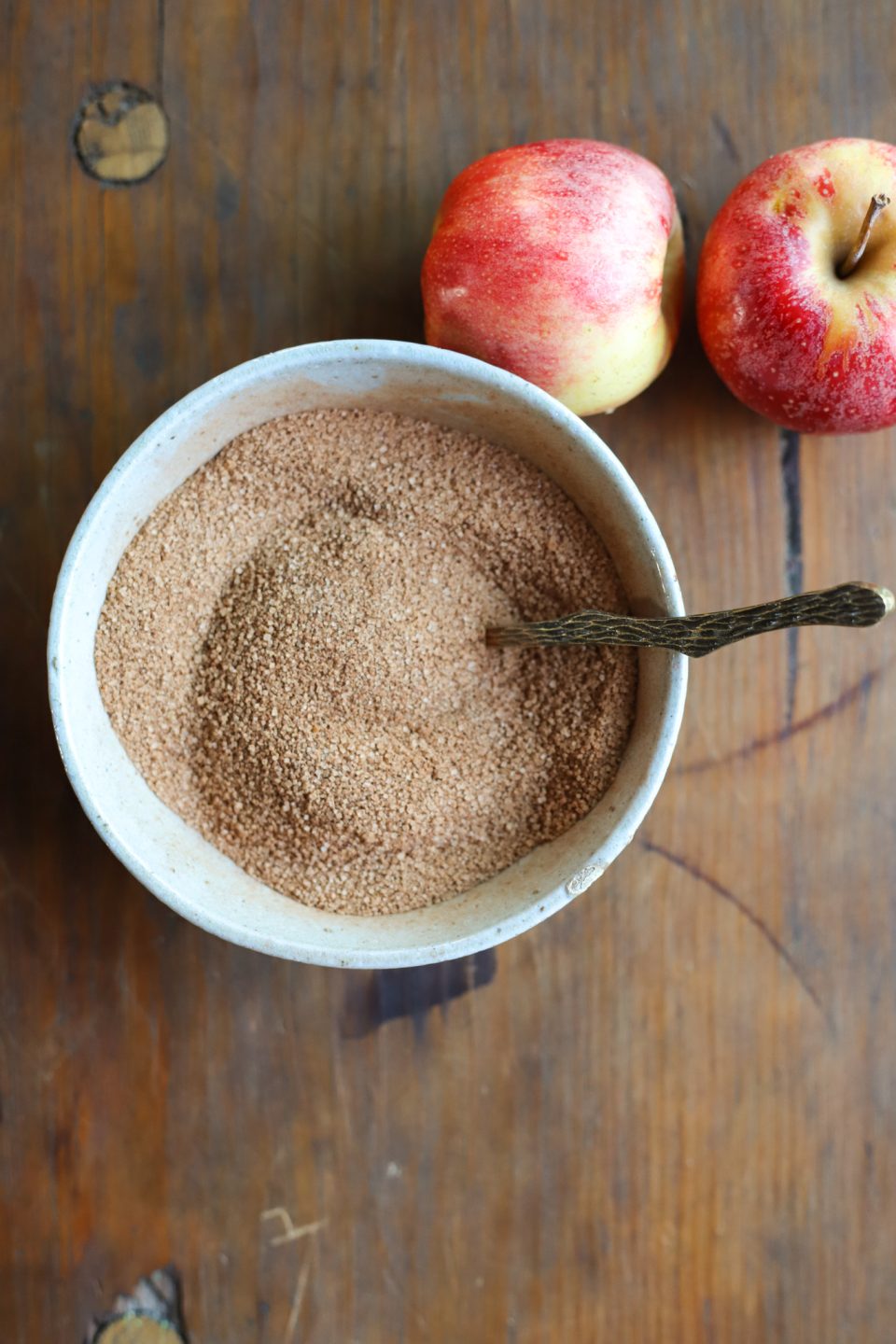 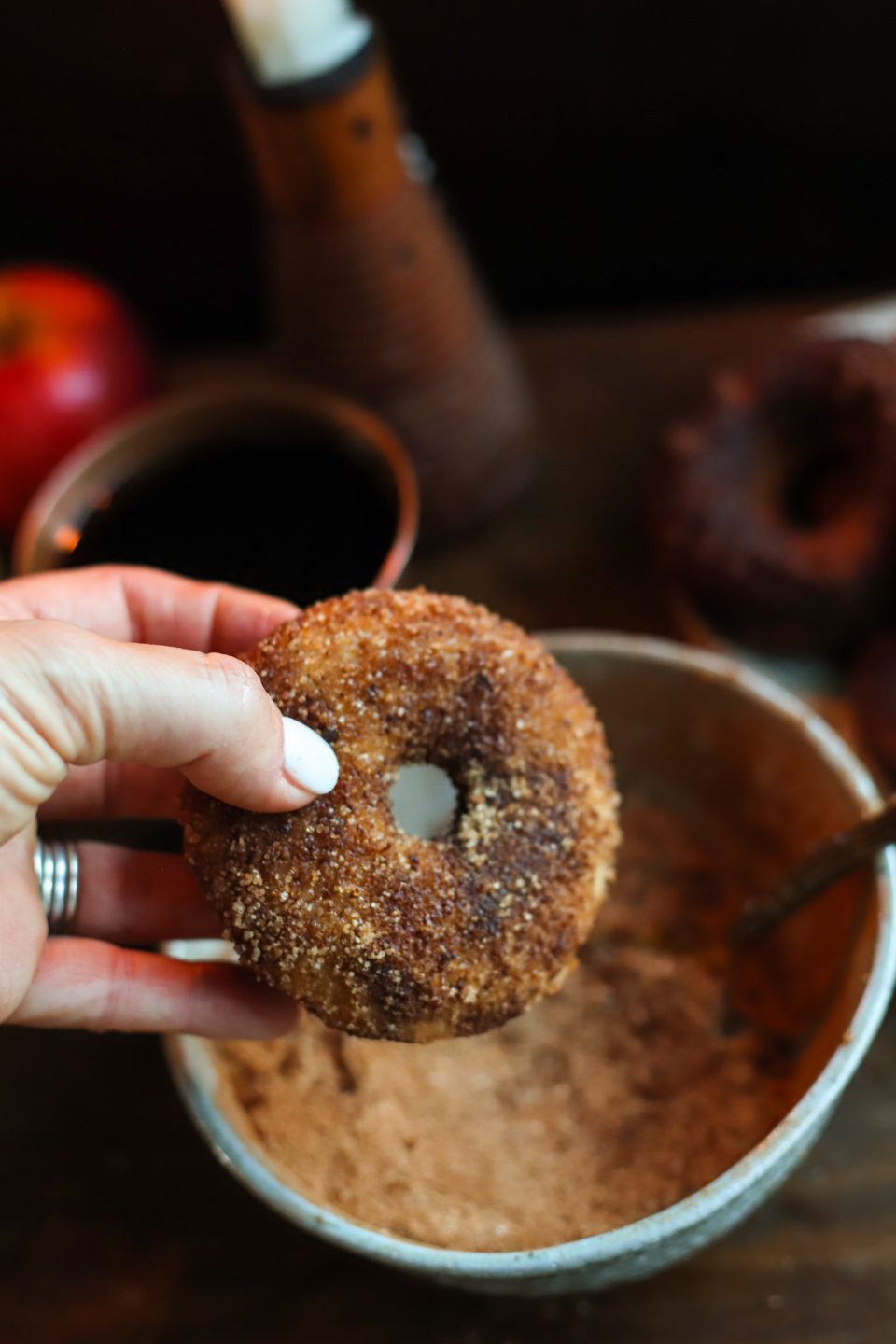 So you should totally try making these doughnuts this week(end). They just might be the best part of your day! Because, really, can you go wrong with fresh, warm, apple cider doughnuts? I think not. 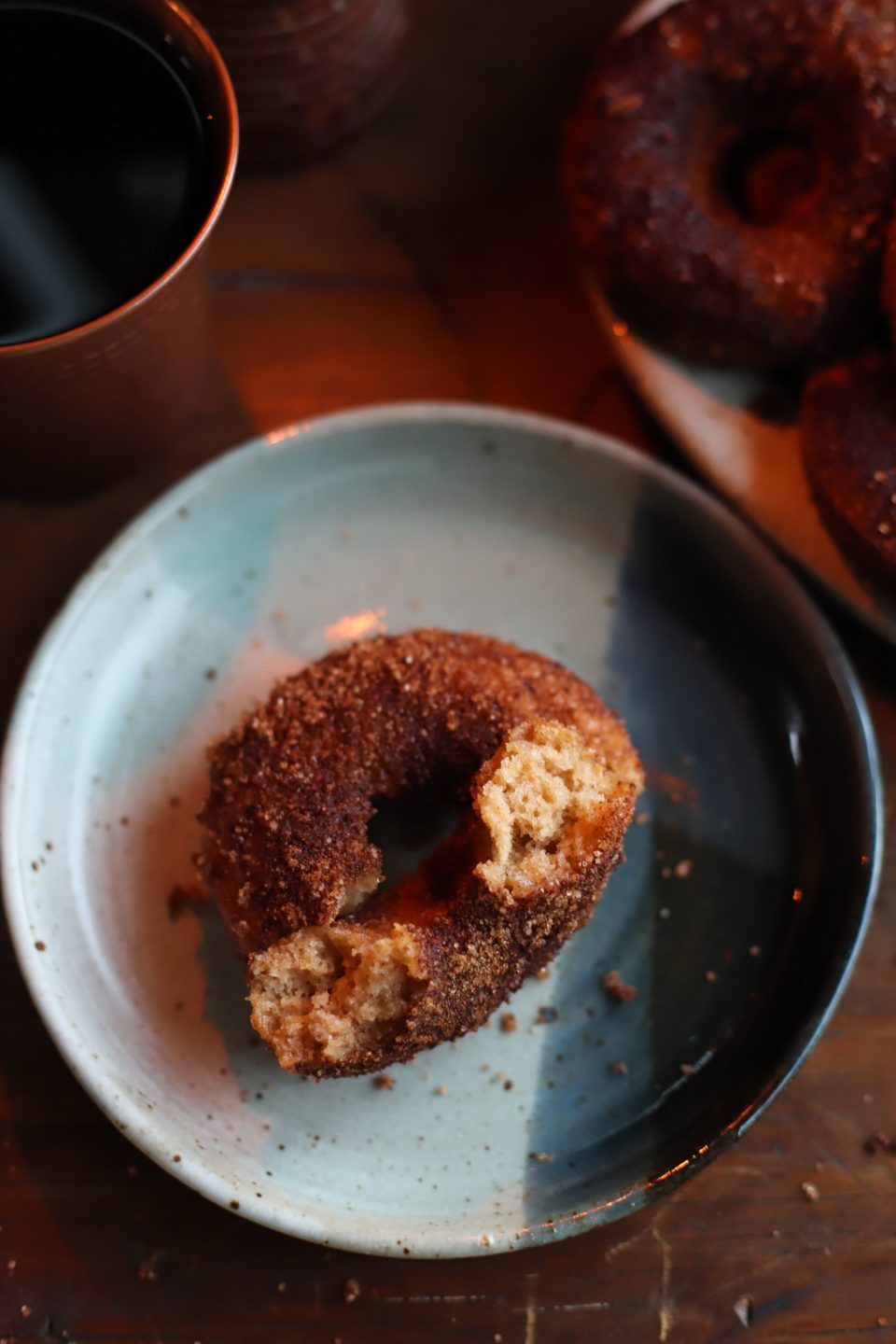 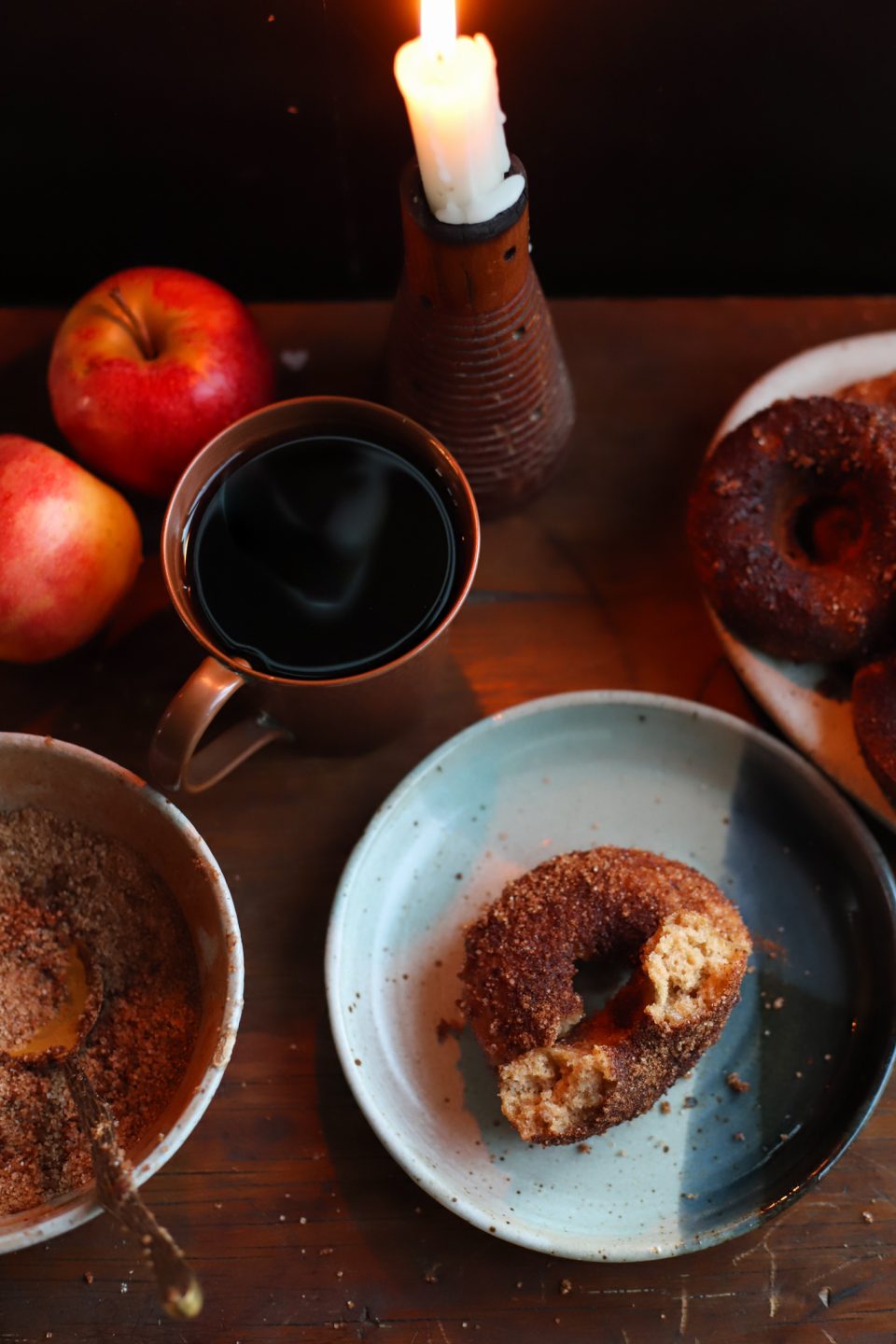 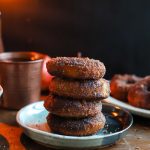 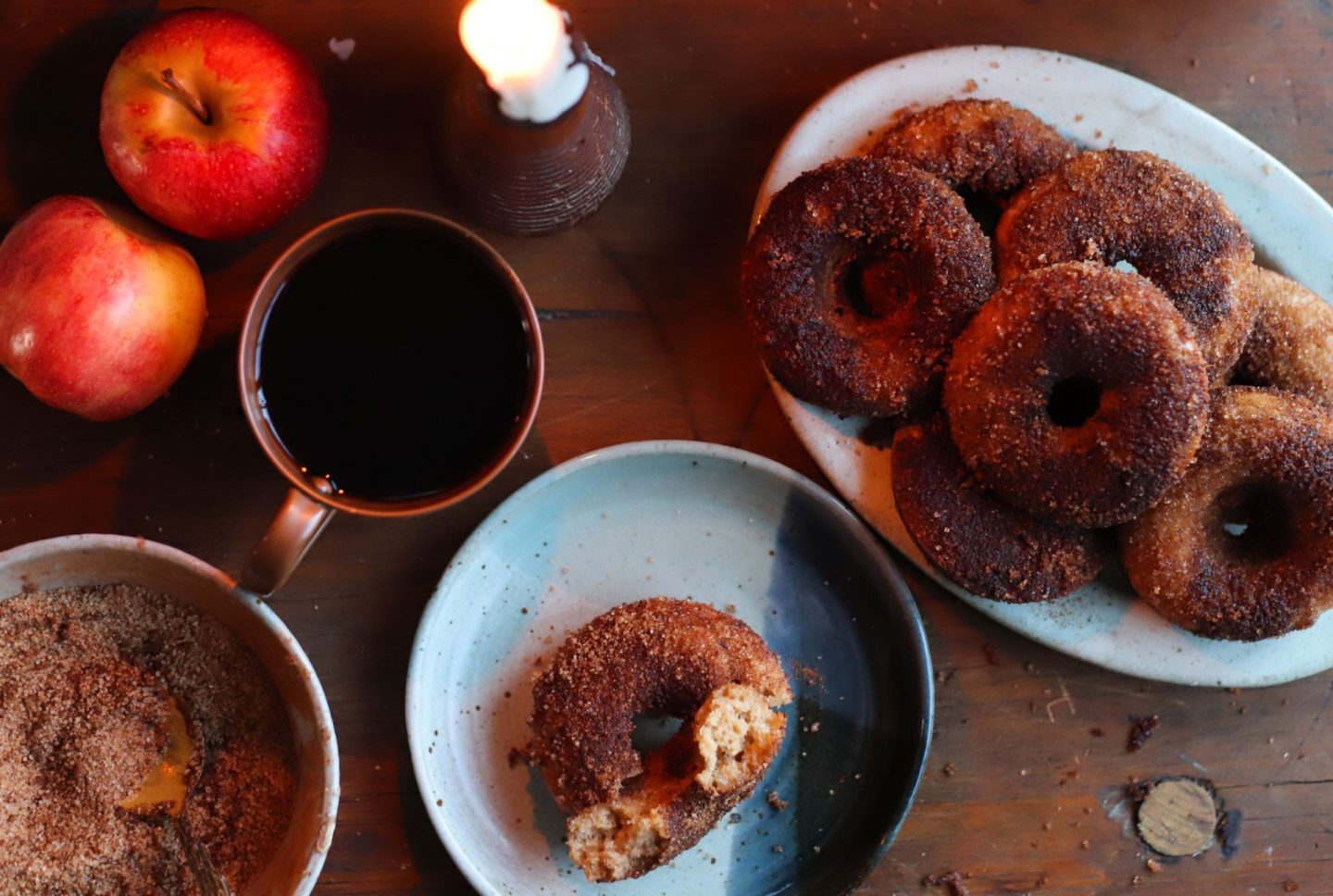