It’s the time of year for apple pie! Who else is excited about this?? 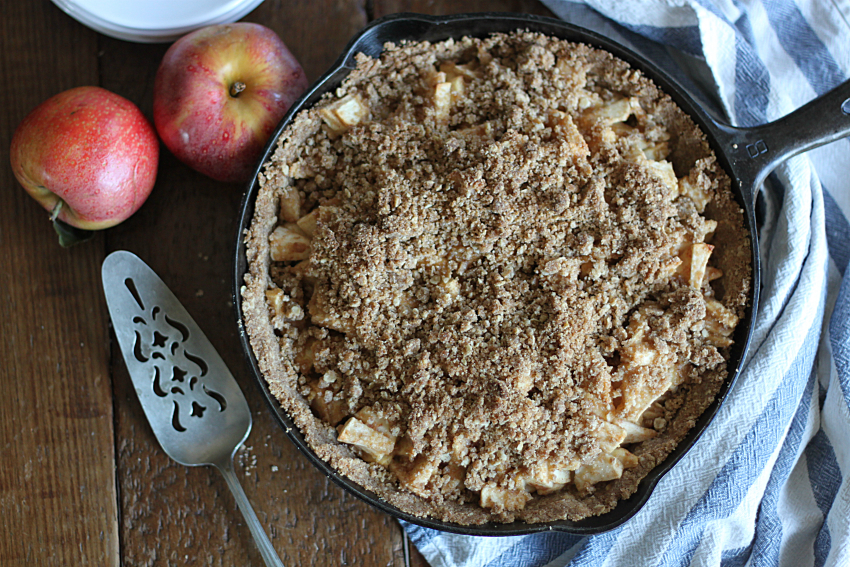 Is there anything better than baking on a cool fall day? I think not. And baking a PIE is doubly enjoyable. At least this pie is. It’s the most non-fussy pie you’ll ever make. Seriously, no rolling out pie crust for this recipe. And if you’re a fan of crumbs, oh man, you’re gonna love it! I’m calling it a Dutch apple pie just because it has those crumbs that are often times associated with Dutch apple pies. Although the more I researched “Dutch apple pie,” the more confused I became. I guess there are many ways to make one of these “Dutch” treats: some pies have crumbs on top, while others have a lattice crust or have cream inside the filling. So who knows. But since I’m from the PA Dutch country, we’re gonna go with it. 😉 Dutch Apple Pie with Brown Butter Crust (and crumb topping). Yum. 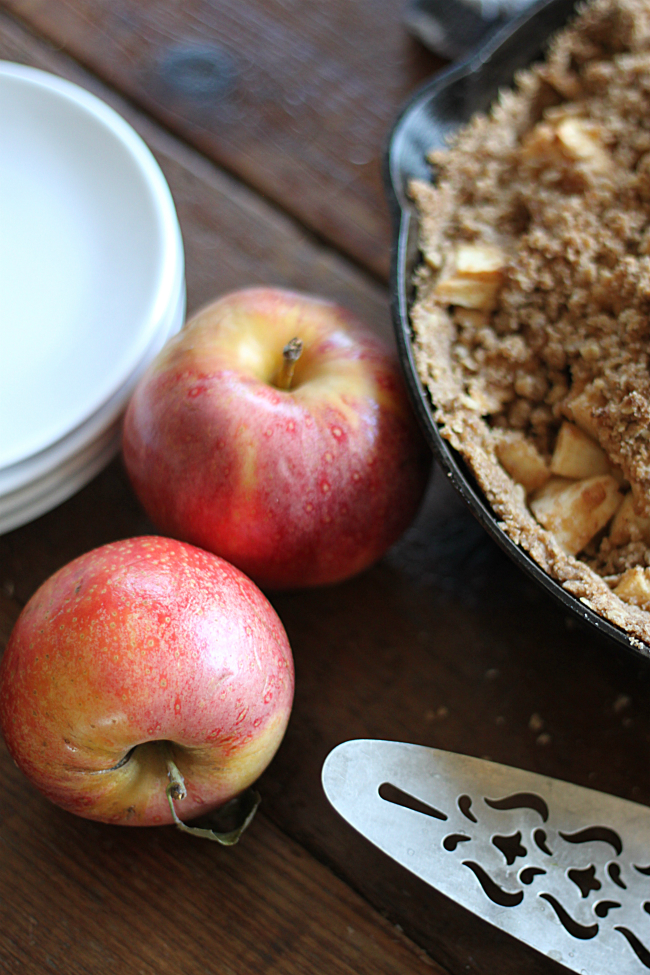 There’s not only crumbs on top of this pie but the entire crust is made out of crumbs. Yep. When mixing up the crumb mixture, leave out a cupful for the top and press the rest of it into your baking dish. I chose to use a cast iron skillet because I love the rustic touch it brings. Feel free to use what you have. But how cute is a pie in a skillet, I mean really. 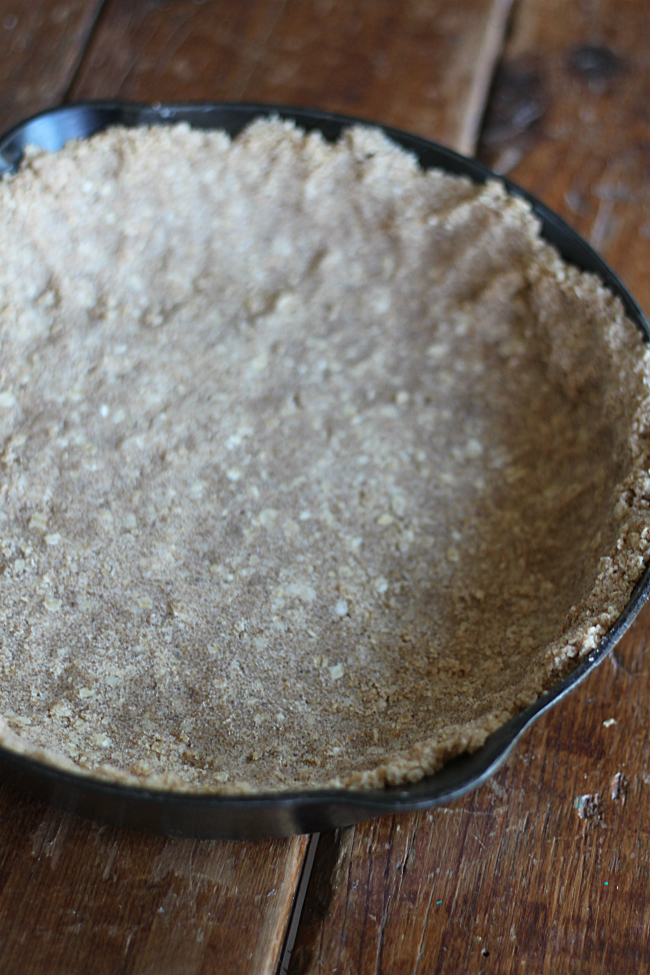 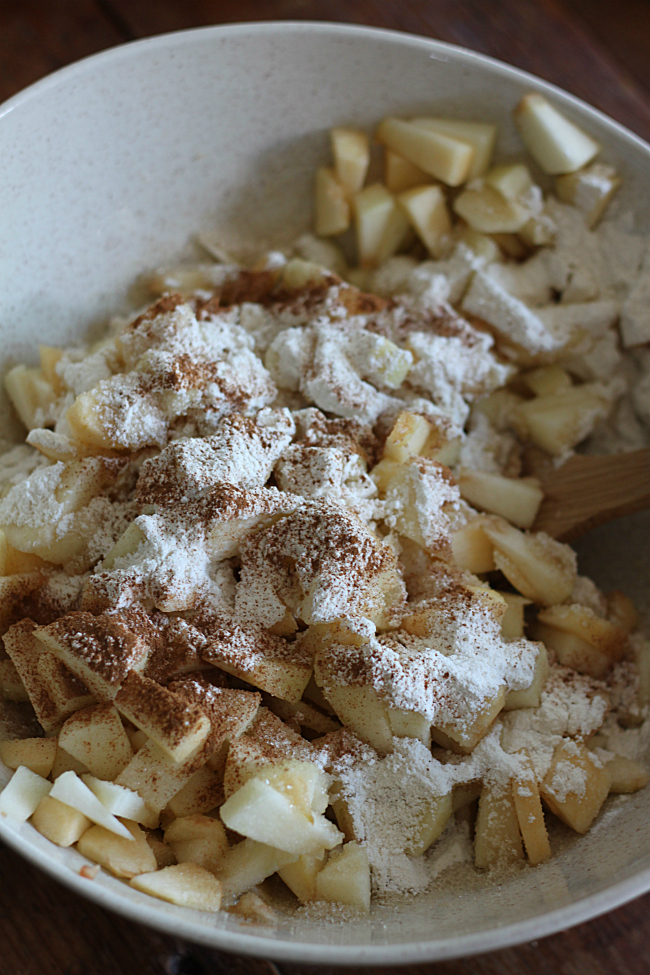 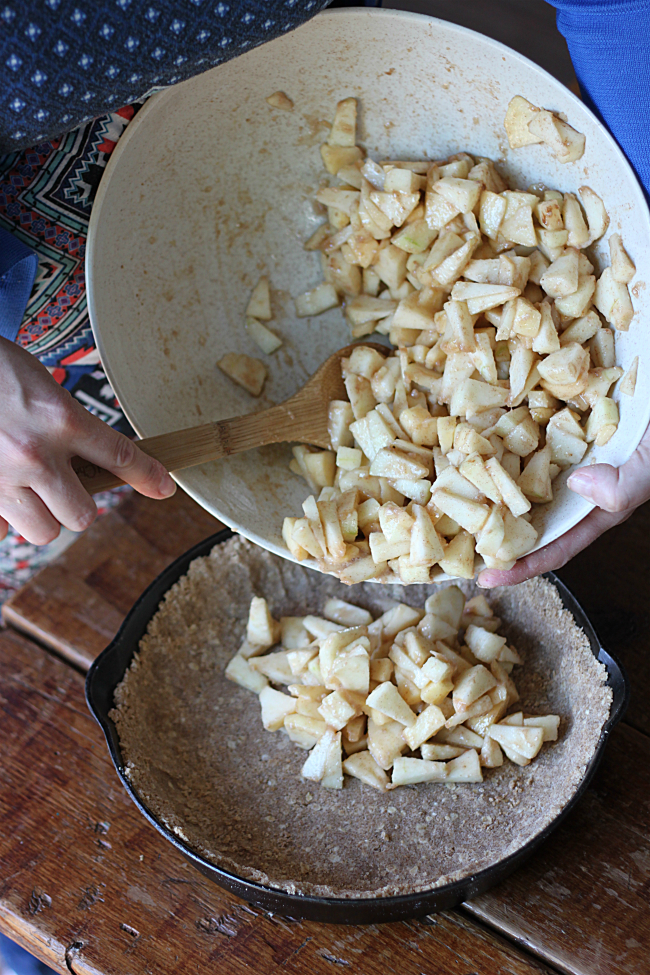 Then sprinkle those leftover crumbs on top…man, the brown butter in here smells divine and makes the whole pie, if you ask me. 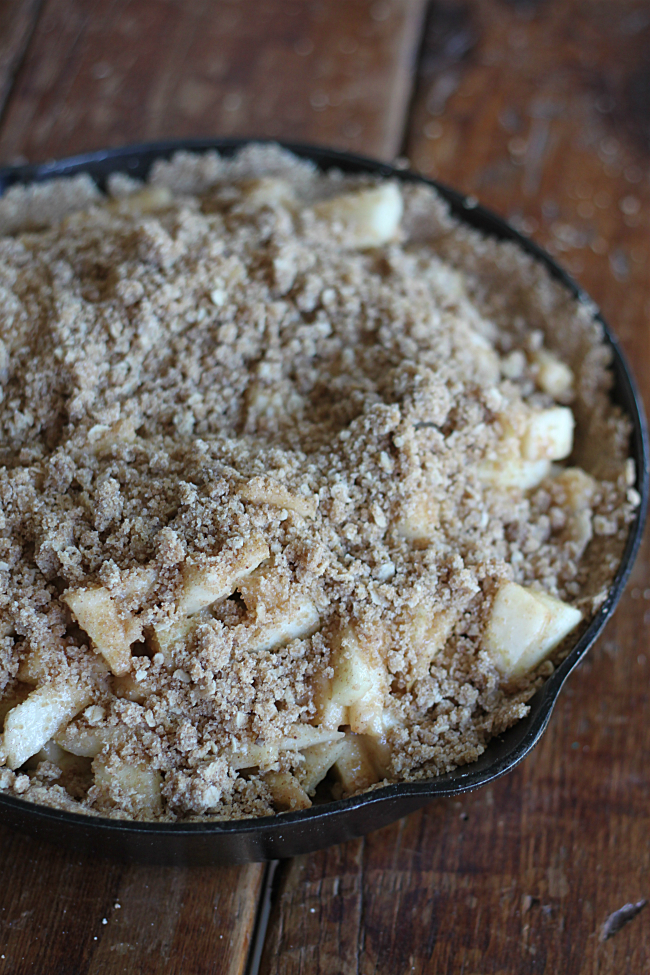 This pie was tested and approved by all my guys. They tore into it and even Penny our cockapoo enjoyed some by jumping up on our table and gobbling up a piece before anyone could notice! Dogs, I tell ya… 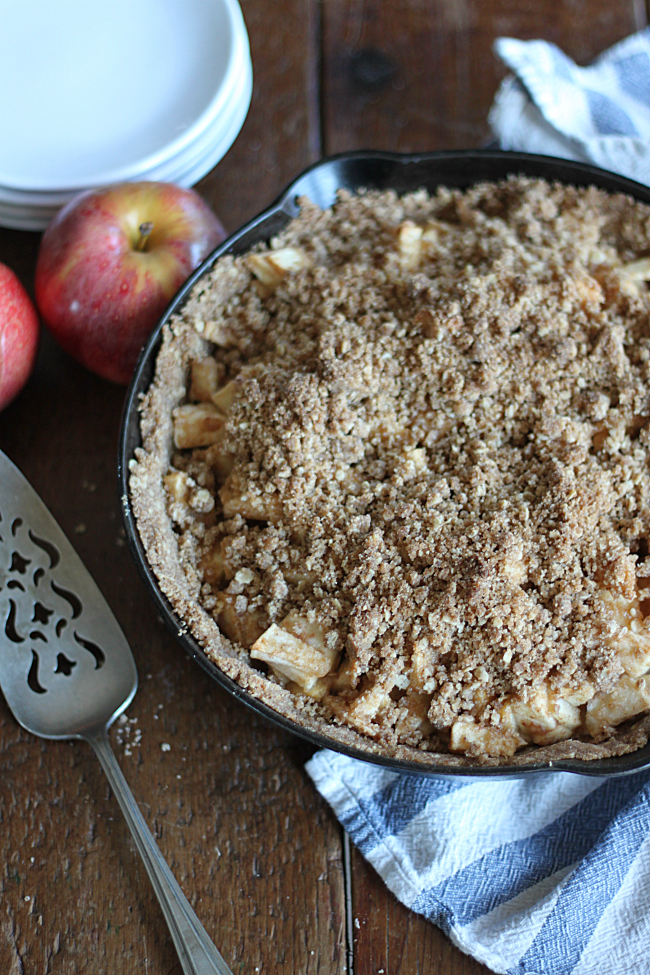 The flavors in this pie will keep you coming back for more: the sweetness and tart of the apples, the cinnamon undertones, and that brown butter crust and crumbs…it’s definitely a must-try this fall season! 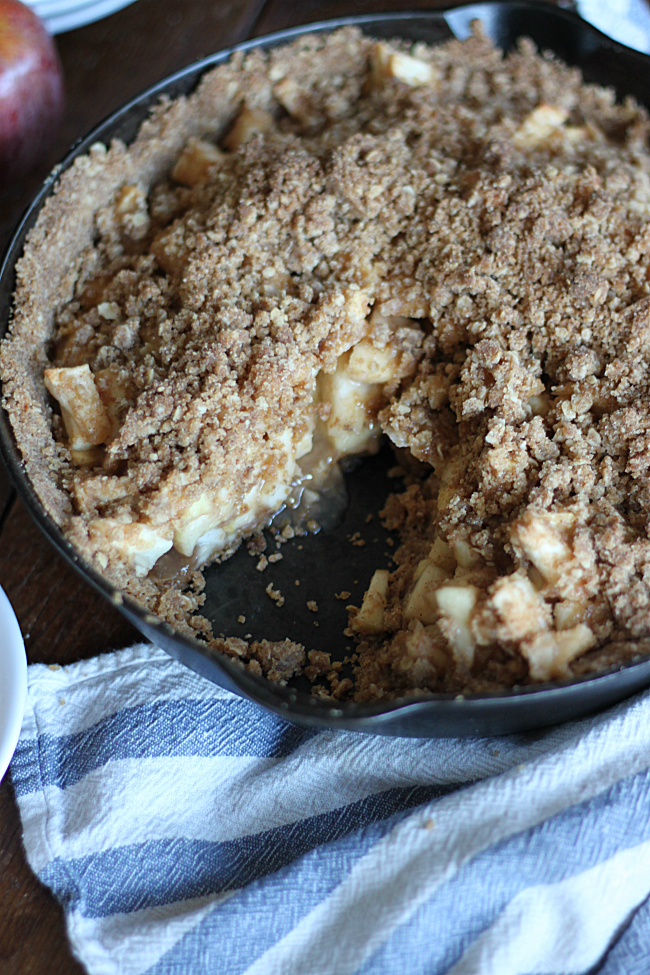 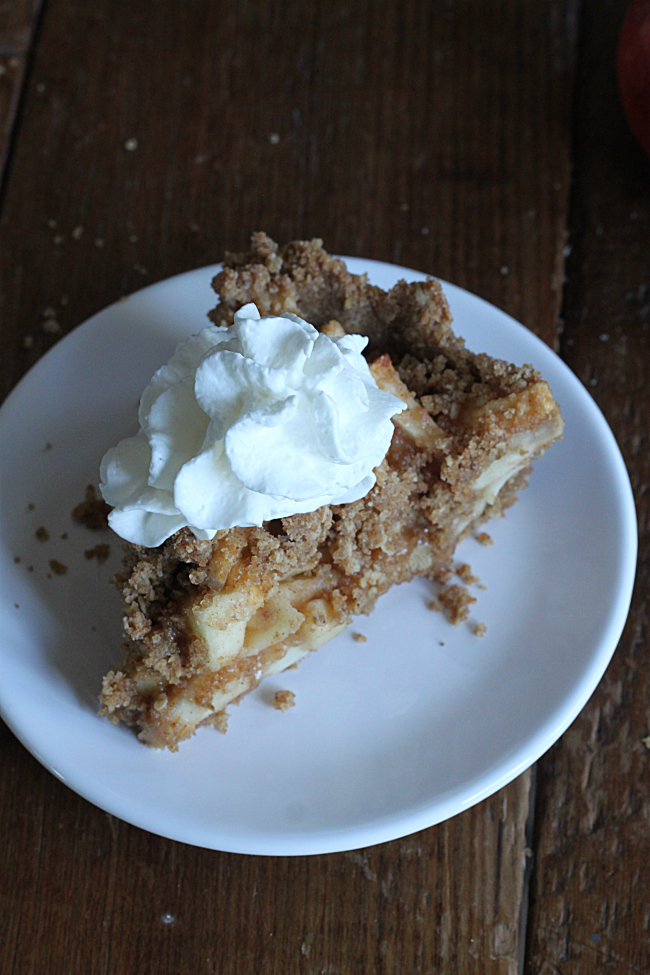 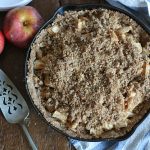 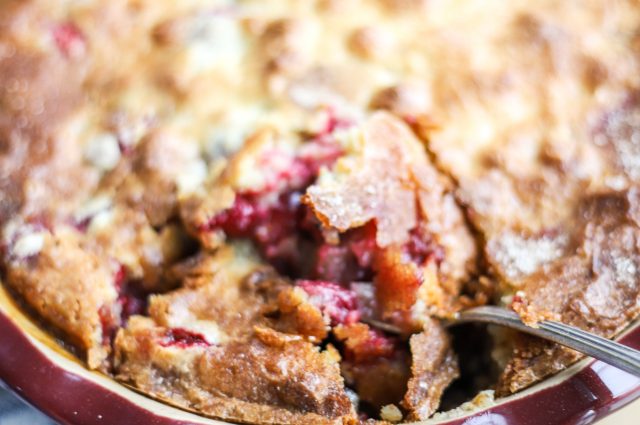 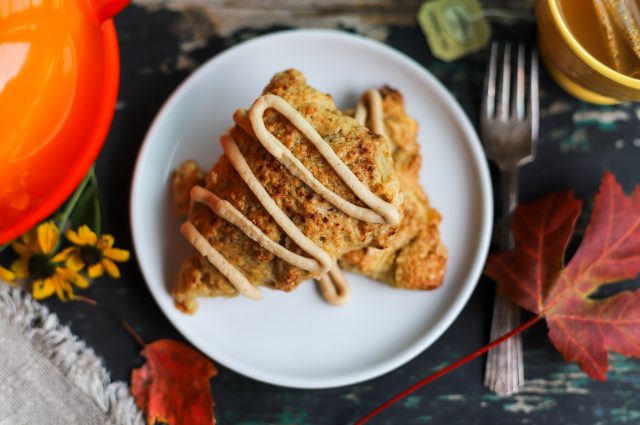 One thought on "Dutch Apple Pie with Brown Butter Crust"