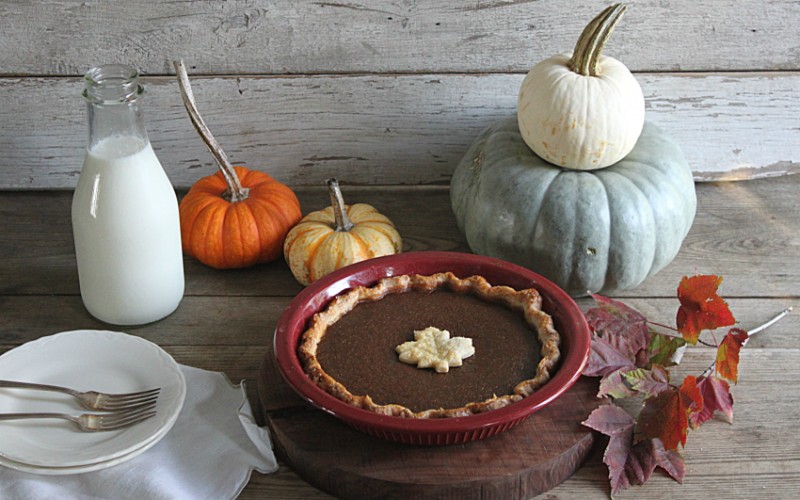 The other day my family was discussing which was their favorite pie and to my surprise one of my boys chimed in with “Pumpkin!” It surprised me because he couldn’t have eaten it more than a couple times in his young eight-year-old life, most likely during Thanksgiving festivities at relatives’ houses. I know for a fact that I had never made a pumpkin pie for him to enjoy. So I decided it was high time I roll up my sleeves and crank out this fall tradition. Plus, pumpkin pie is one of Mitch’s favorites as well, so I knew I’d be in good favor with my husband. 🙂 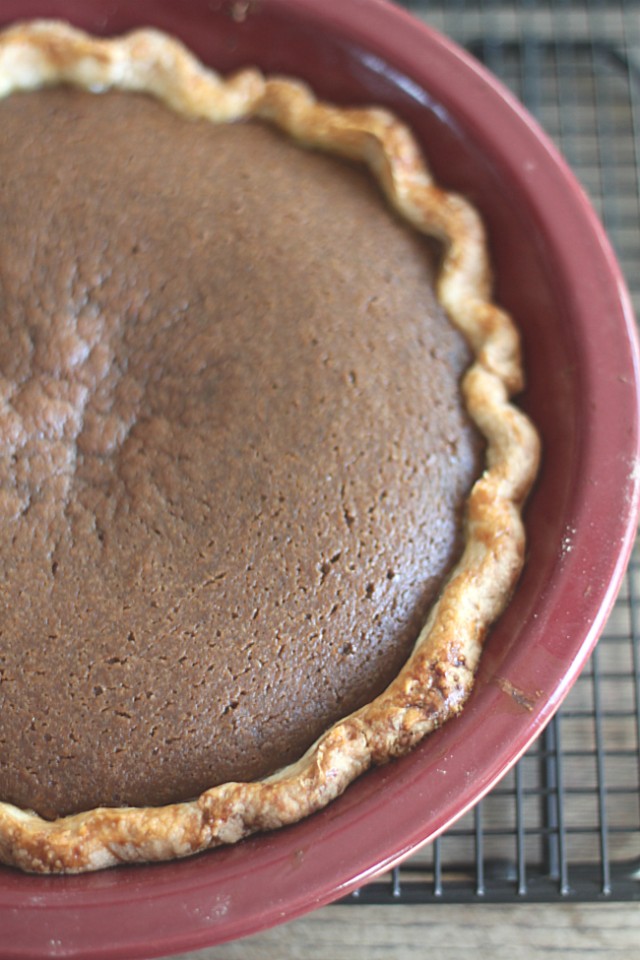 I used the coconut oil pie crust recipe as my crust of choice and chose a pie recipe that featured dark brown sugar as the star ingredient. I love using dark brown sugar when I get a chance. To me, it just adds an extra layer of yummy flavor in whatever you’re using it. As a matter of fact, I was just talking with a lady the other day who raves about Golden Barrel’s dark brown sugar. She swears it’s the secret behind her delicious baked ham she serves during the holidays. Seriously, if you haven’t used dark brown sugar in a while, do it! Enjoy and savor the deliciousness it brings. You won’t be disappointed with that decision, I can guarantee that. 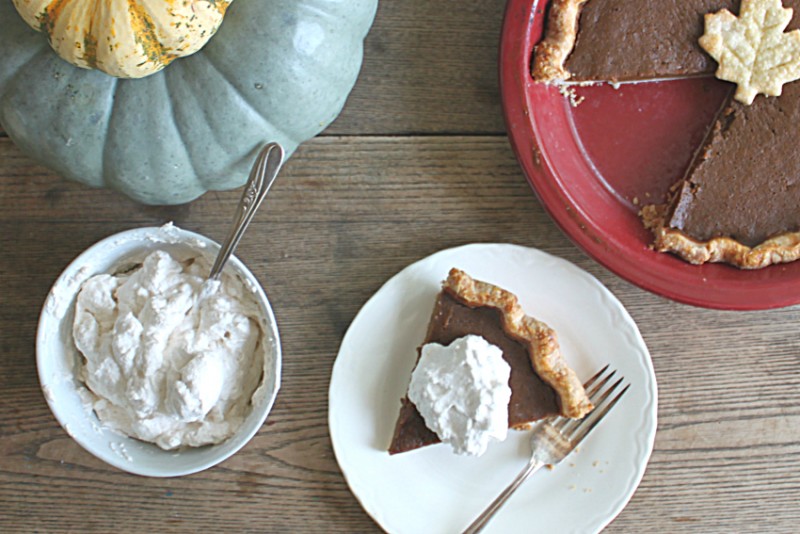 I also made a maple cinnamon whipped cream to add the finishing touch to my pumpkin pie. The subtle sweetness is that perfect accompaniment to this Thanksgiving Day staple. (And might I add, it’s also delightful to top your cup of coffee as well.) 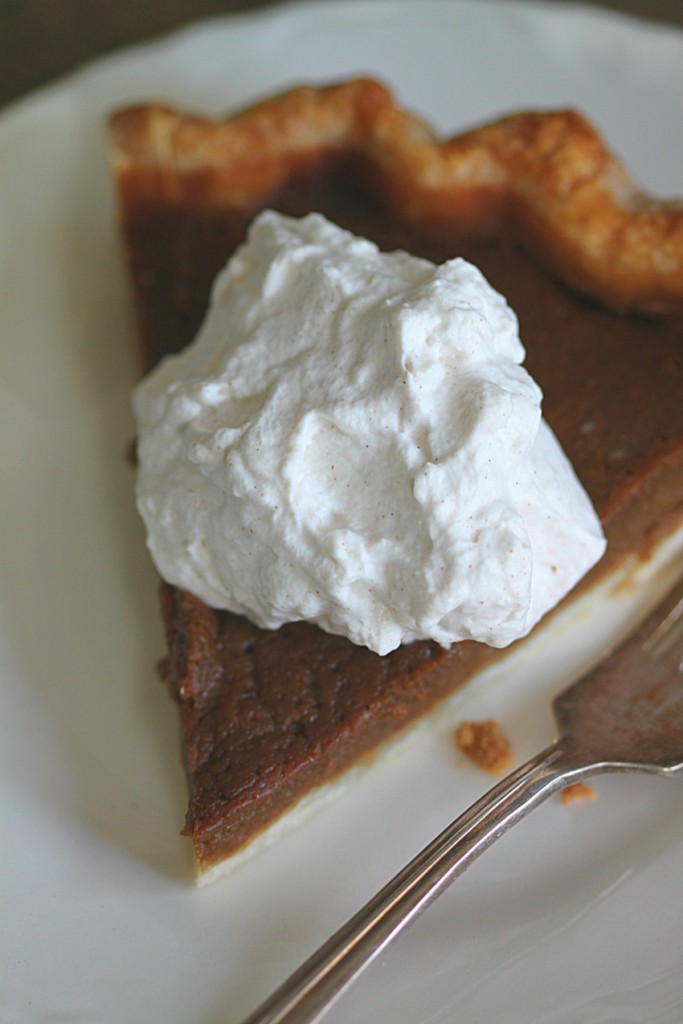 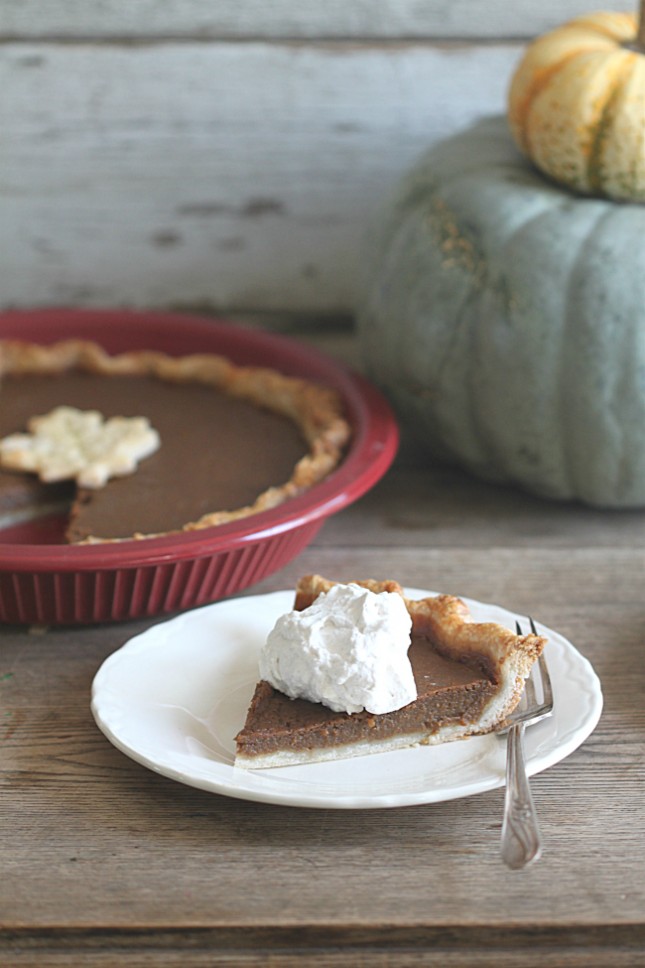 This pie was a hit at our house, as you can see. And I’m always happy to make my boys smile (husband included). 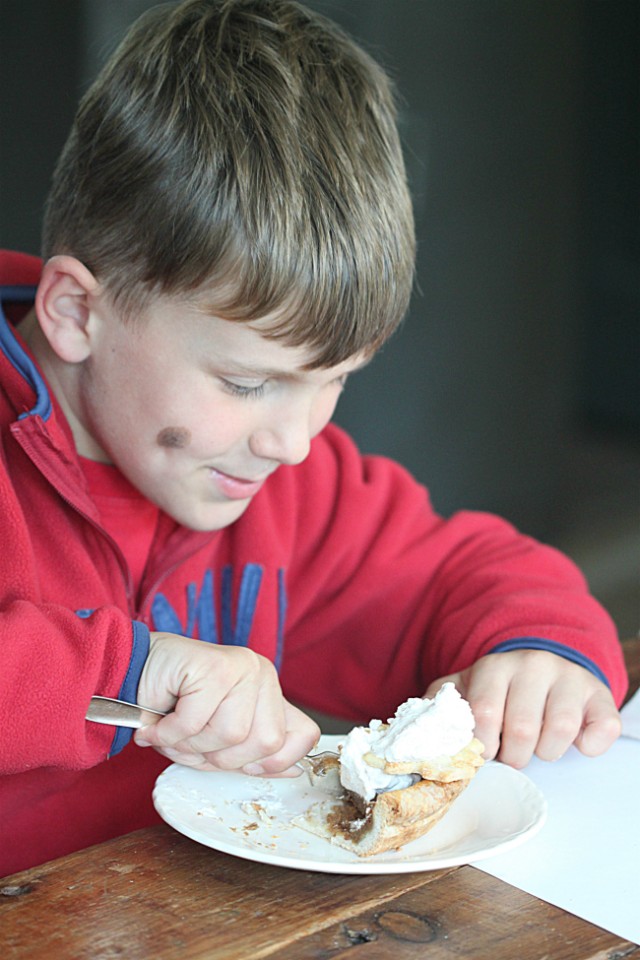 So are you eating pumpkin pie at this year’s Thanksgiving Day table? (who isn’t!)  Why not try this delicious recipe? Your guests will be truly “thankful” for the time you spend making this delicious dessert. 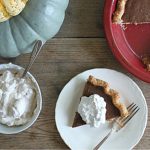 This pie can be done in stages. I made my pie crust and filling the day before and assembled and baked it the next day.