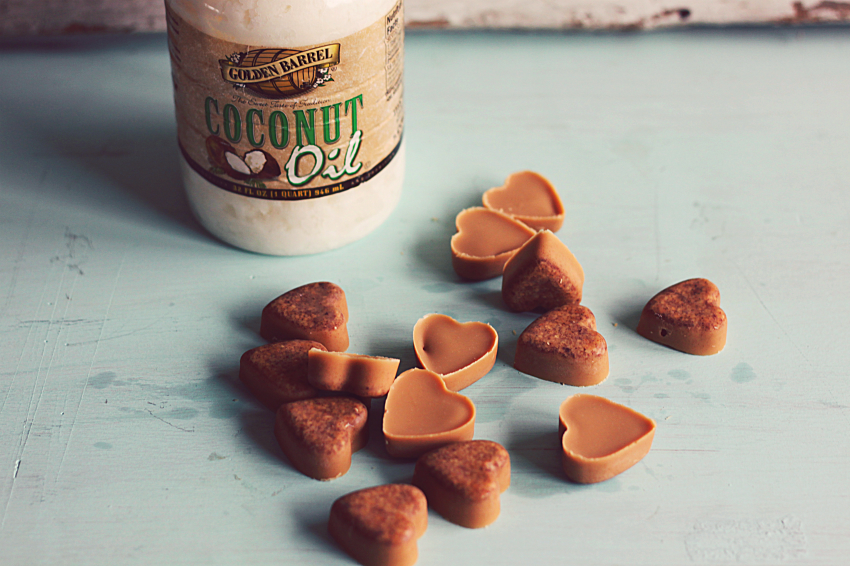 We have a new addition to our family, as of last Tuesday. Her name is Penny. 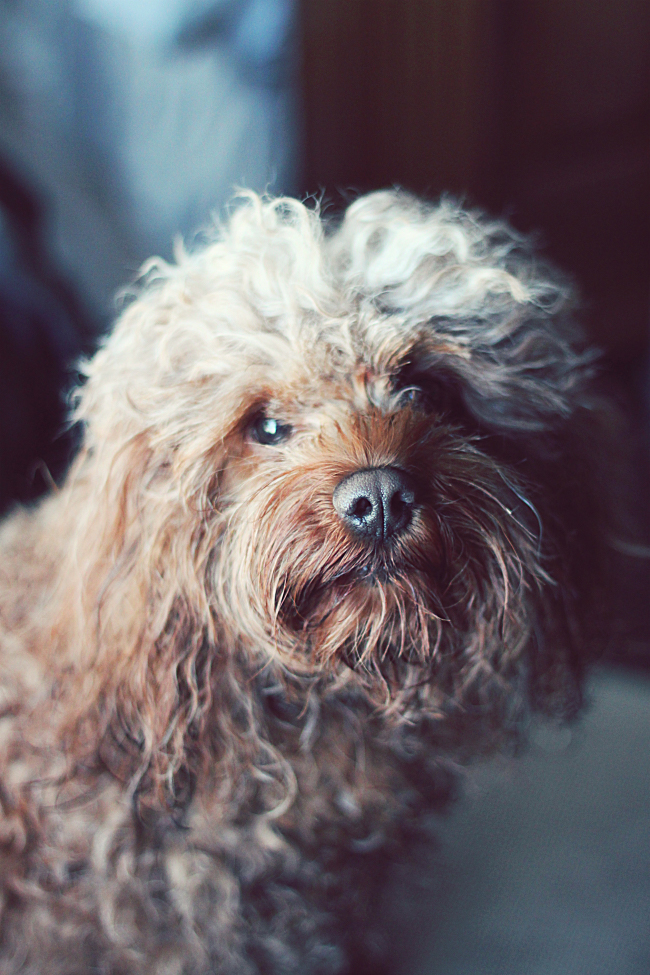 When we got our two year old cockapoo, her fur was long and matted. A couple days later, she got cleaned up with a fresh cut. I think she lost 10 lbs in the process! 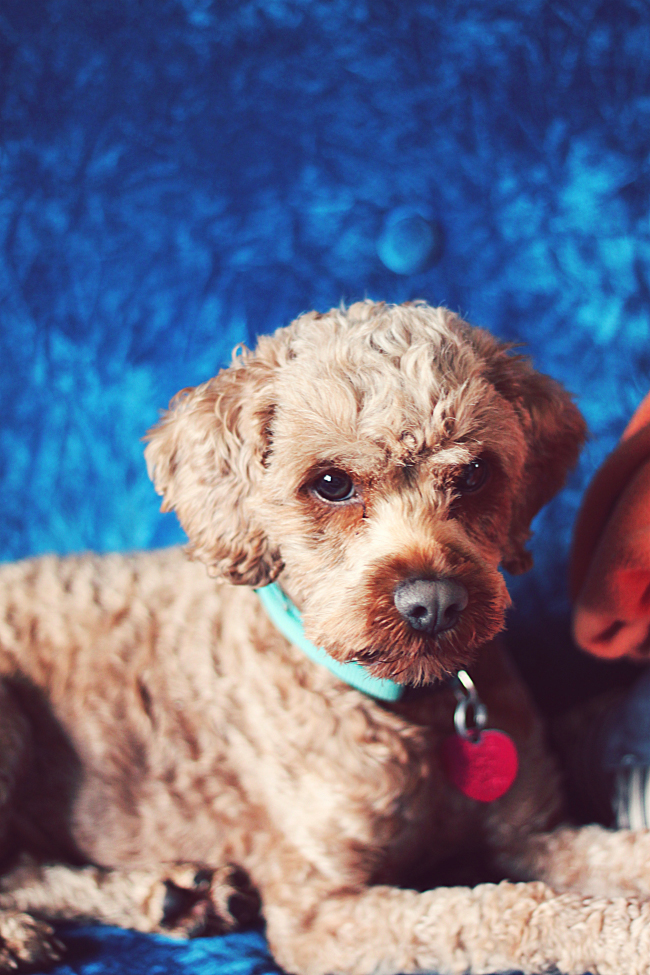 While I personally like a dog with a longer coat, I want it to be healthy so I researched some ways to promote shine in dogs’ fur. You know what was one of the first ingredients I read about? Coconut oil. I should have figured. I know it does wonders for human skin and hair so it came as no surprise to read the benefits of using it on your pooch. Coconut oil can be applied topically for a deep conditioning treatment (great for dry skin!) or ingested to promote health from within. Here are just a few of the benefits of coconut oil for your dog: 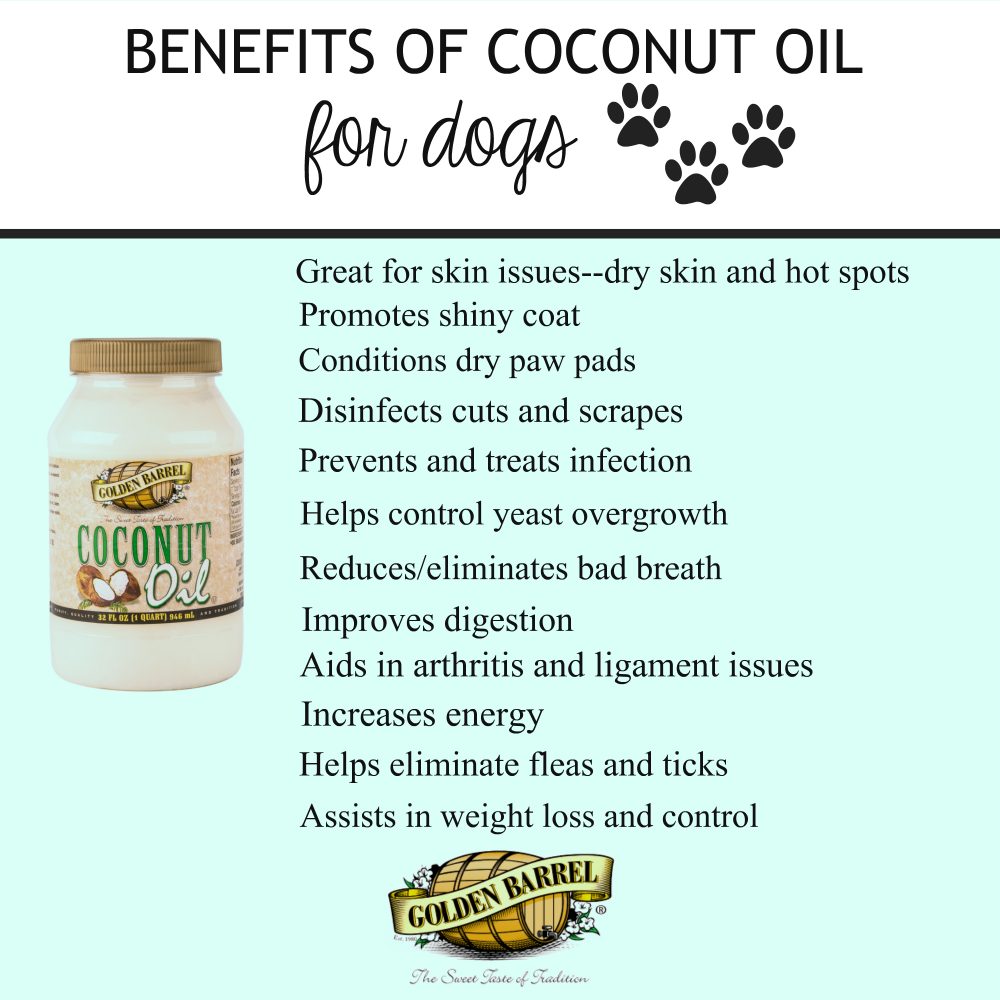 I definitely want these benefits for our Penny so I made these yummy treats for her that includes Golden Barrel Coconut Oil, peanut butter and cinnamon. Why cinnamon? Because cinnamon has anti-inflammatory properties as well as the ability to slow or stop bacterial growth. It helps regulate blood sugar and assists with insulin resistance. Plus it’s just tasty! 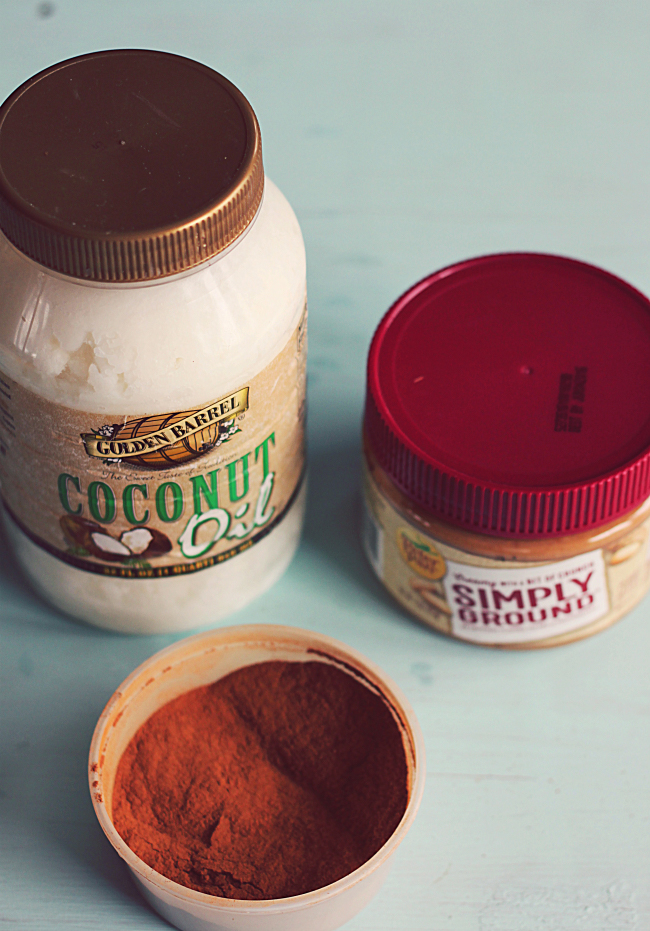 You simply melt the coconut oil and peanut butter in a double boiler on the stove, add the cinnamon, mixing everything together until combined and smooth. 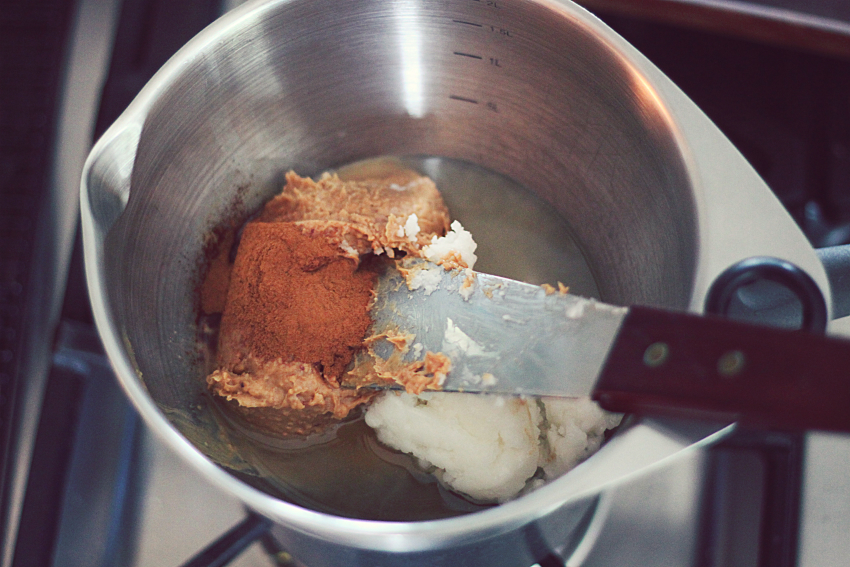 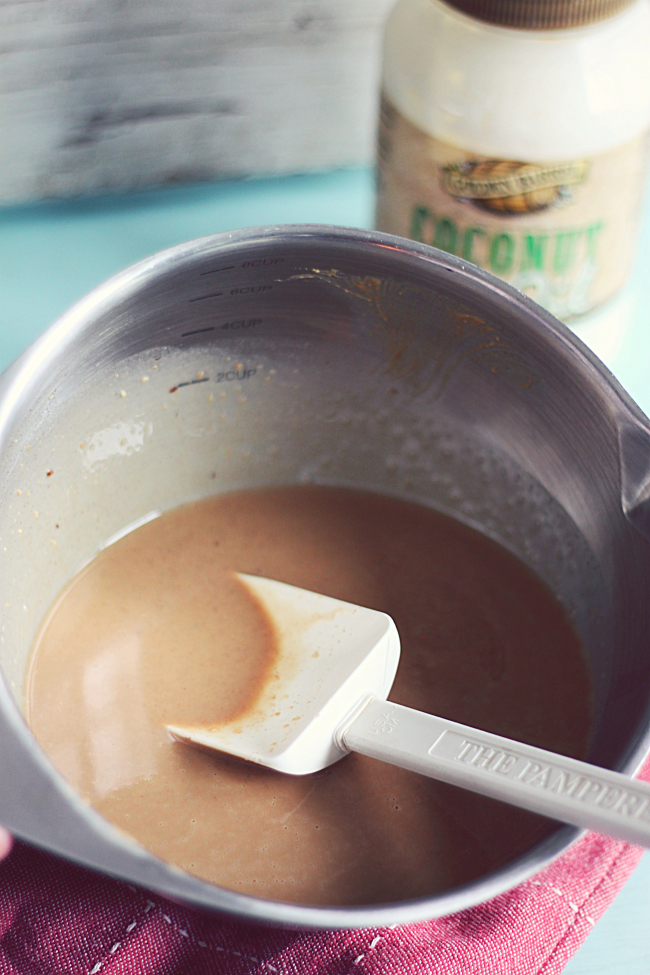 Pour the mix into silicone trays and freeze until set. Seriously, this recipe couldn’t be easier! 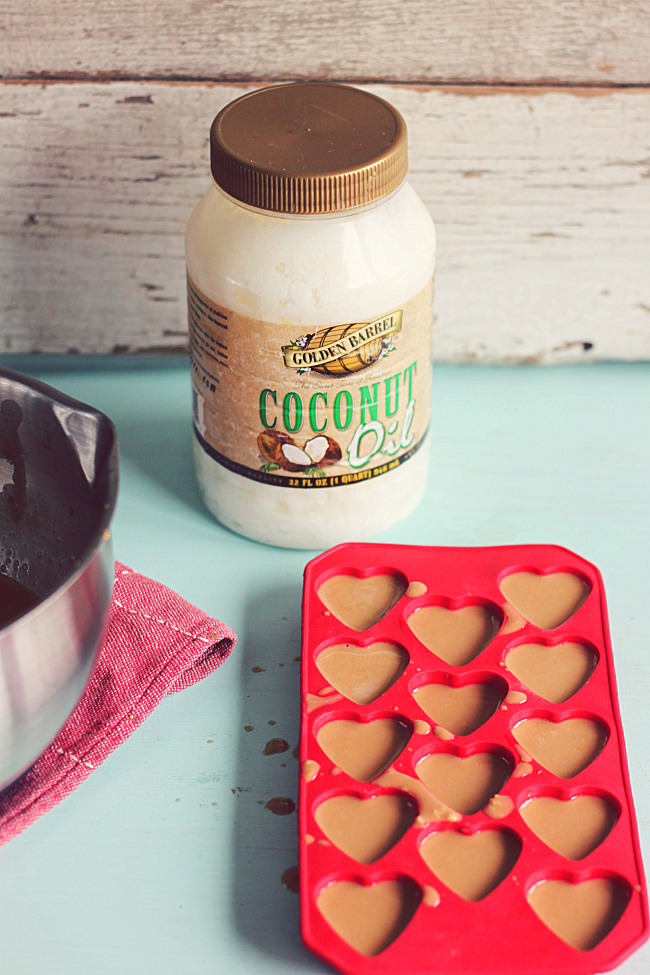 Pop them out of the trays and store in a covered dish in the refrigerator. 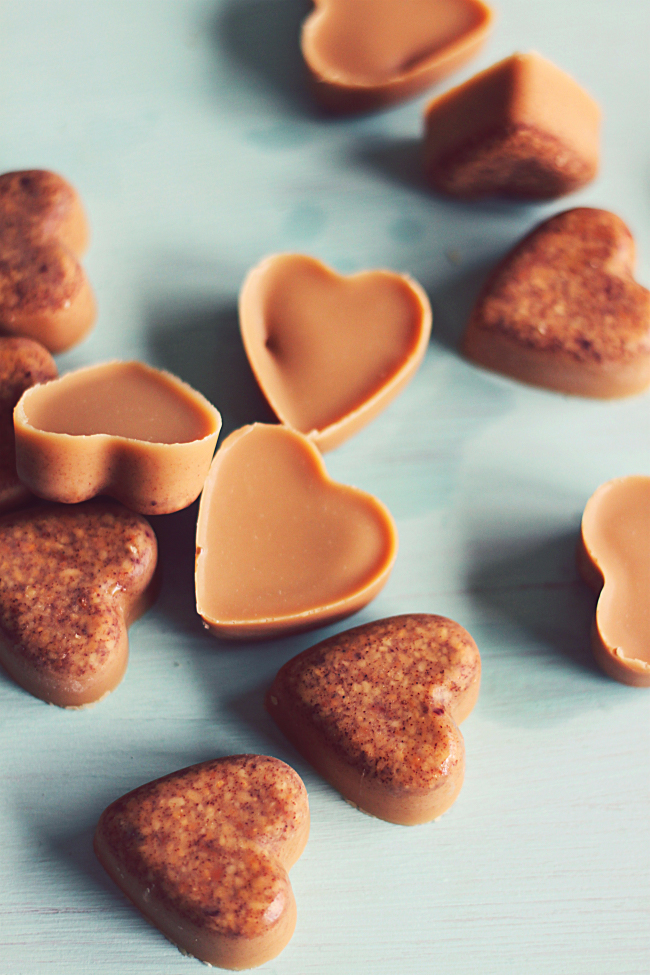 Penny totally loves these treats! And my boys love giving them to her. 😉 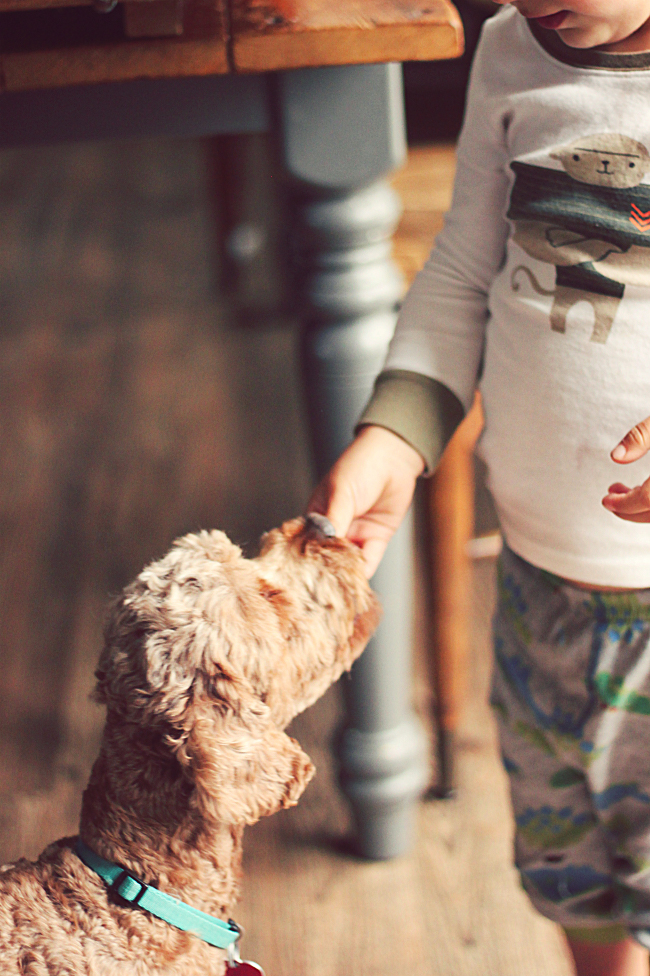 So do you have a furry friend who would enjoy these coconut oil dog treats? It’ll take you all of 10 minutes to whip up a batch. Try it today! 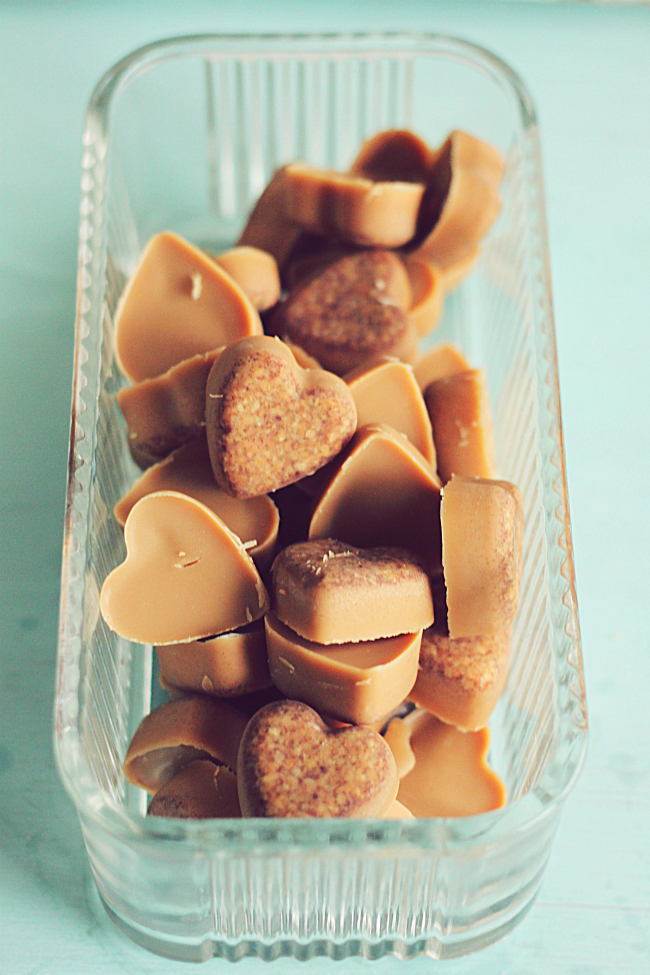 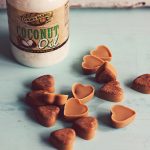 Also try our other recipe: Dog Treats made with Coconut Oil and Blackstrap Molasses.