What’s chewy, loaded with oatmeal (making it a candidate for breakfast 😉 ), and has chocolate spread on top? These O’ Henry bars! 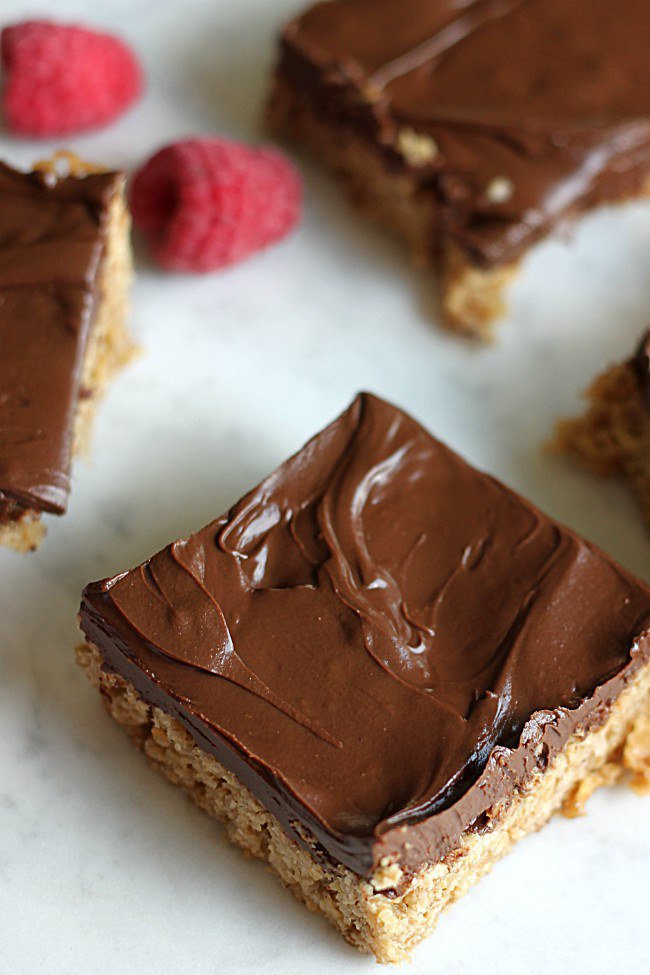 You guys. If you’re a fan of chewy bars, this treat is for you. Made with Golden Barrel Light Corn Syrup, the oatmeal-based bars are soft and chewy. And the chocolate topping–yum. It’s simply melted chocolate chips, peanut butter and a splash of vanilla extract. Seriously finger-lickin’ good. 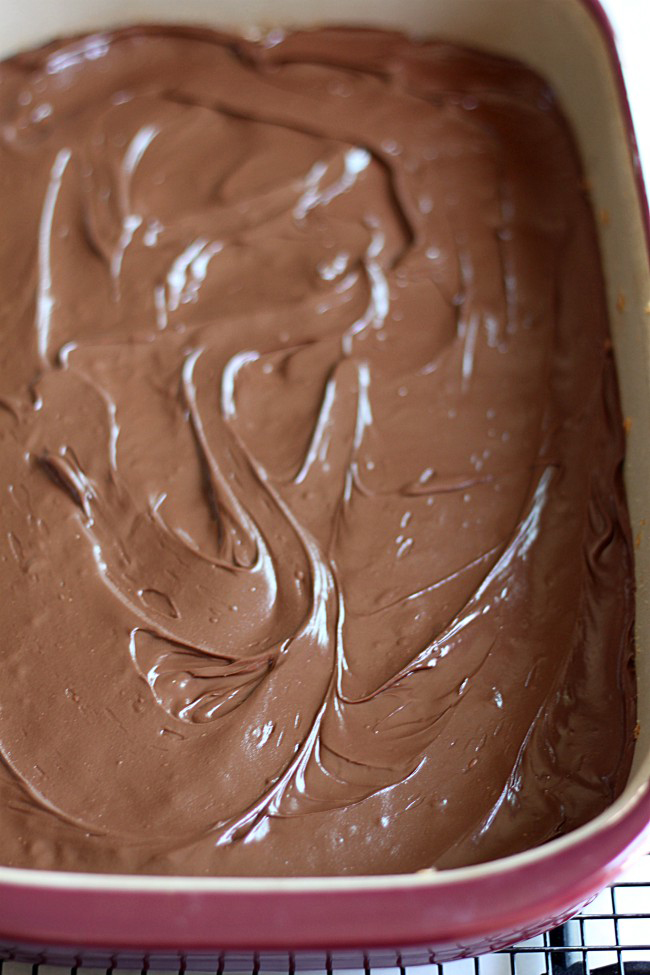 These bars are super easy to whip up and only require about 20 minutes in the oven, making them a perfect go-to snack or a treat to bring along to a friend’s house. They won’t last long. I gave Finn a piece to try and he was quickly asking for another one. They’d also make the perfect after-school snack. 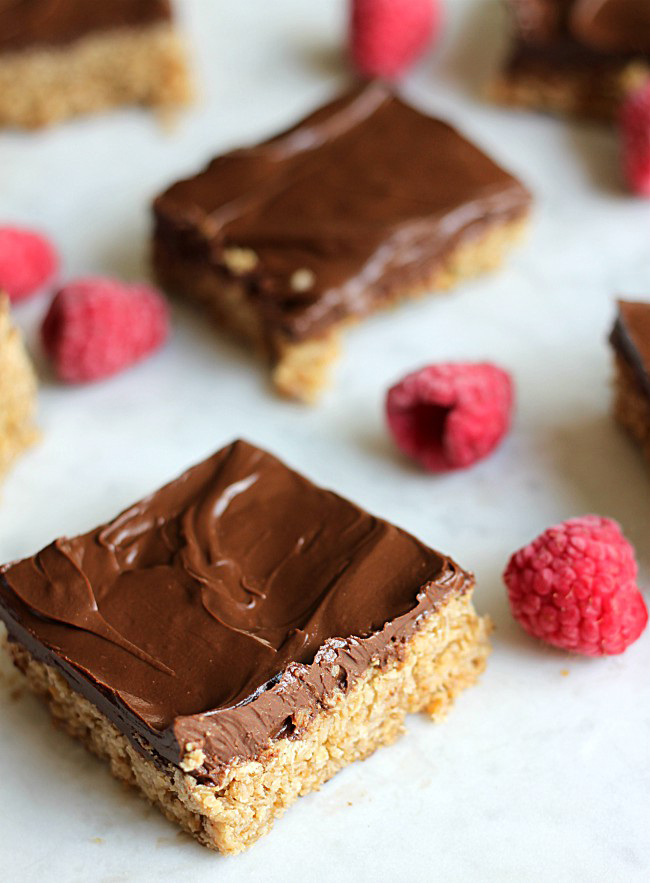 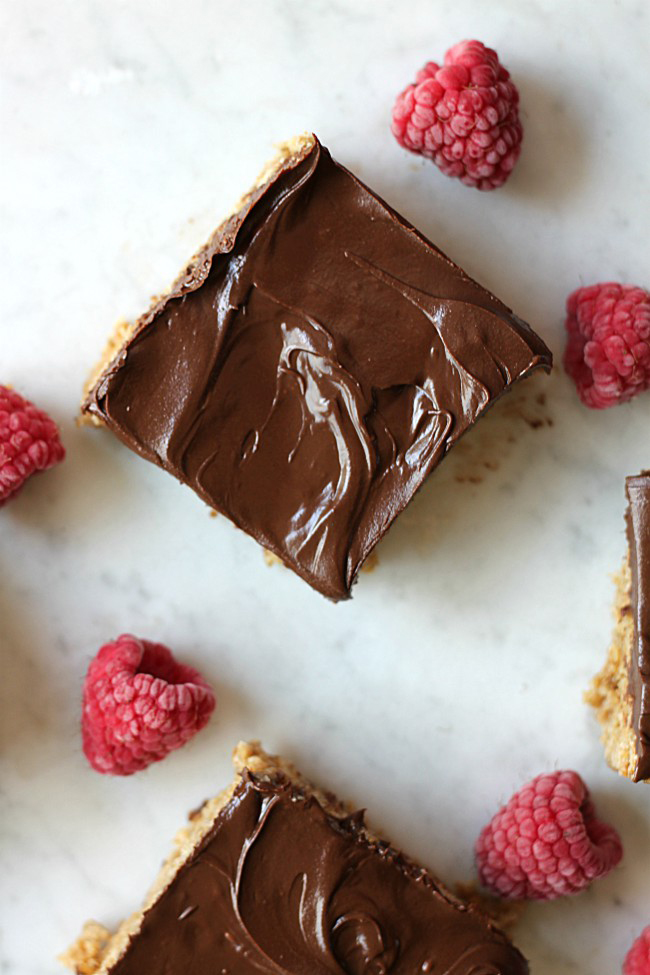 So do you need a treat to bring along to a potluck? Or maybe a new after-school snack? Or maybe just a tasty dessert–whip up a batch of these O’ Henry Bars today! 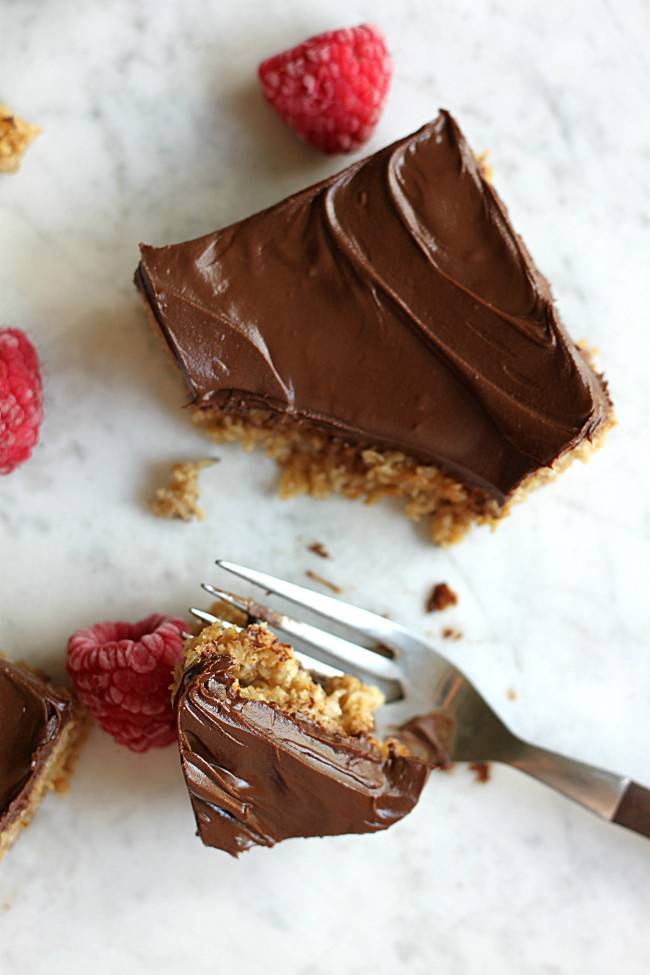 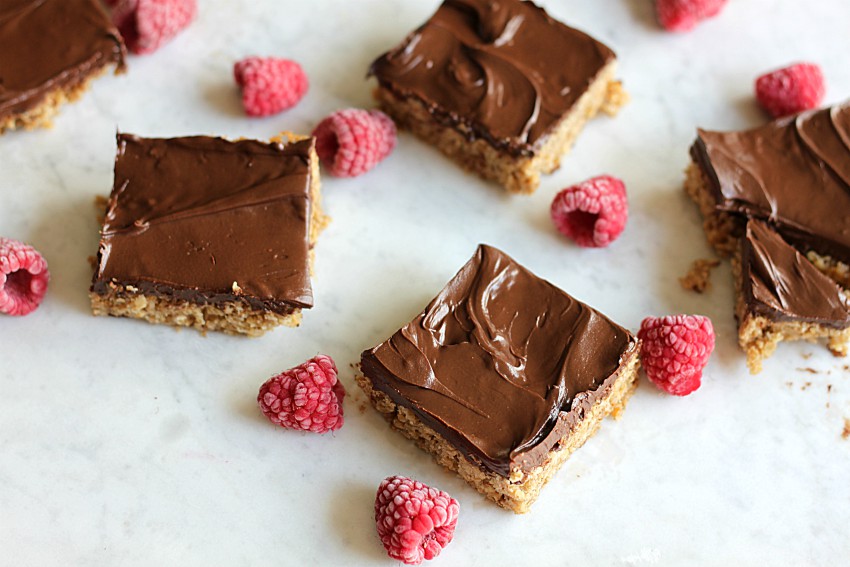 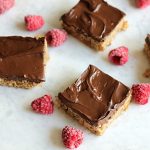