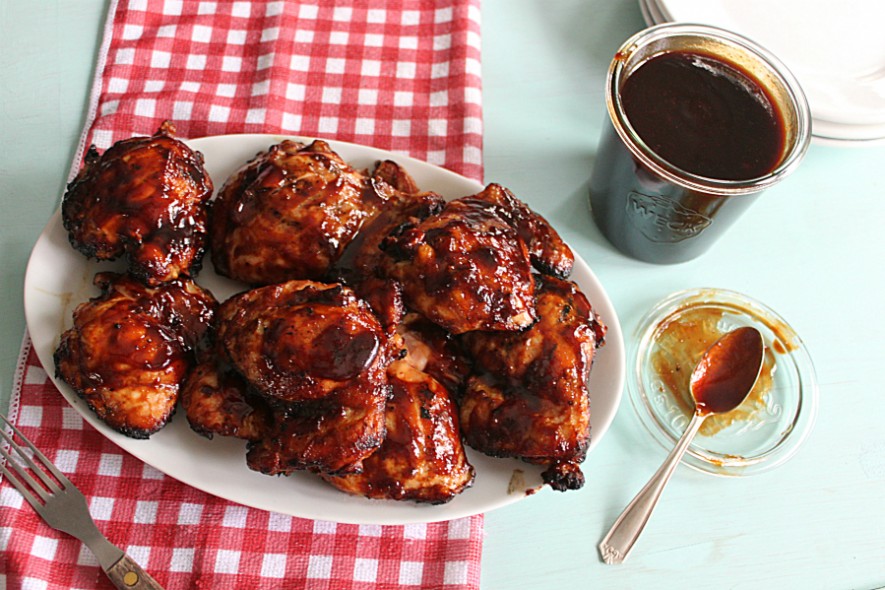 So I was craving some BBQ chicken the other day. 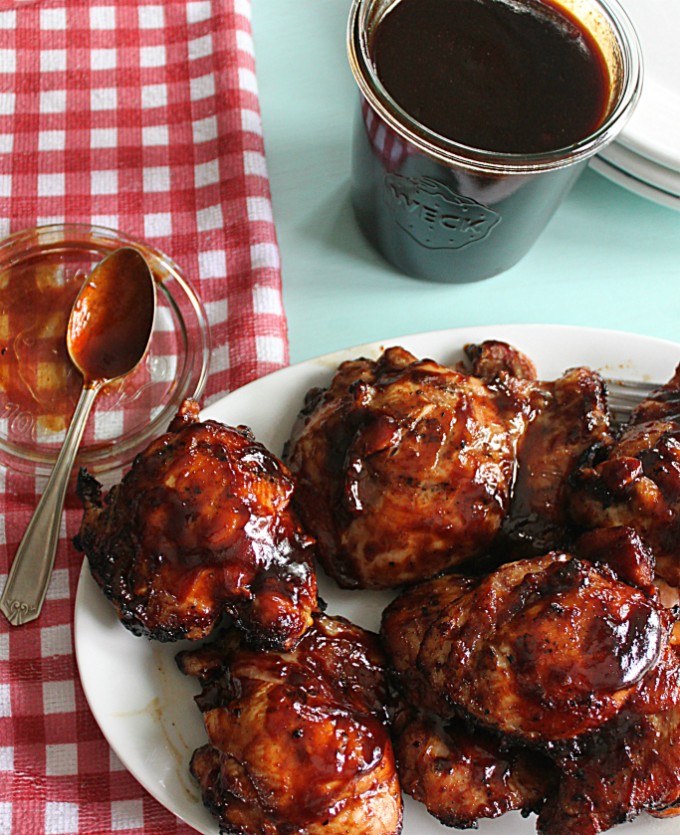 And I decided to try my hand at making some homemade sauce. I know. It sounds so “Martha,” but really…it is super easy to whip up your own batch of sauce. Because, let’s face it, we’ve all been told that the store-bought bottle of sauce is full of who-knows-what and since I’m trying to feed my guys as best I can with less processed stuff, it was worth a try. I’m not into making EVERYTHING from scratch, but once I looked over the ingredients in this sauce, I realized I had everything on hand. So why not, right? And seriously, this sauce takes all but 10 minutes to throw together. 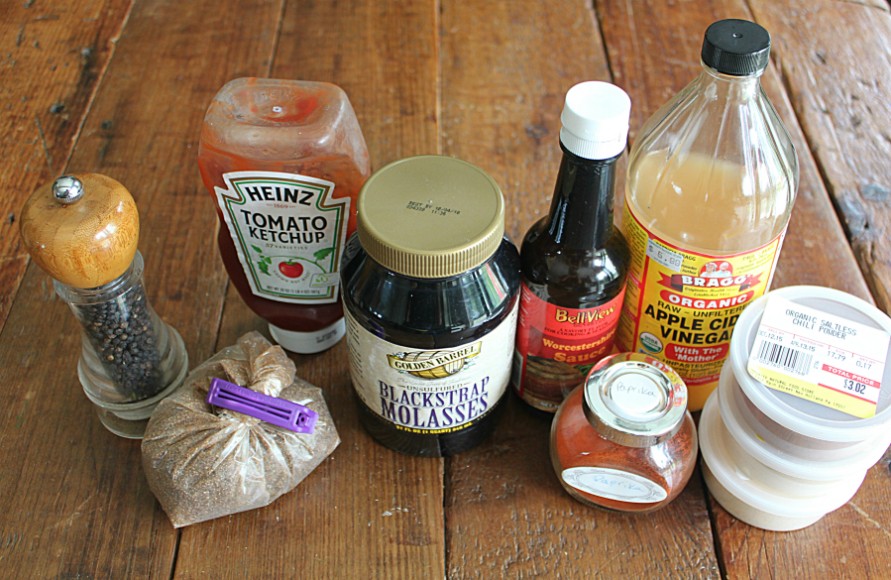 There are a lot of ingredients, but I’m willing to bet that you have most in your pantry as well (not pictured: pineapple juice).

The base is ketchup. I just used regular old Heinz, but of course if you want this to be an organic sauce, use the organic stuff. Or for those Marthas out there–use the stuff you canned from your garden last year! 🙂 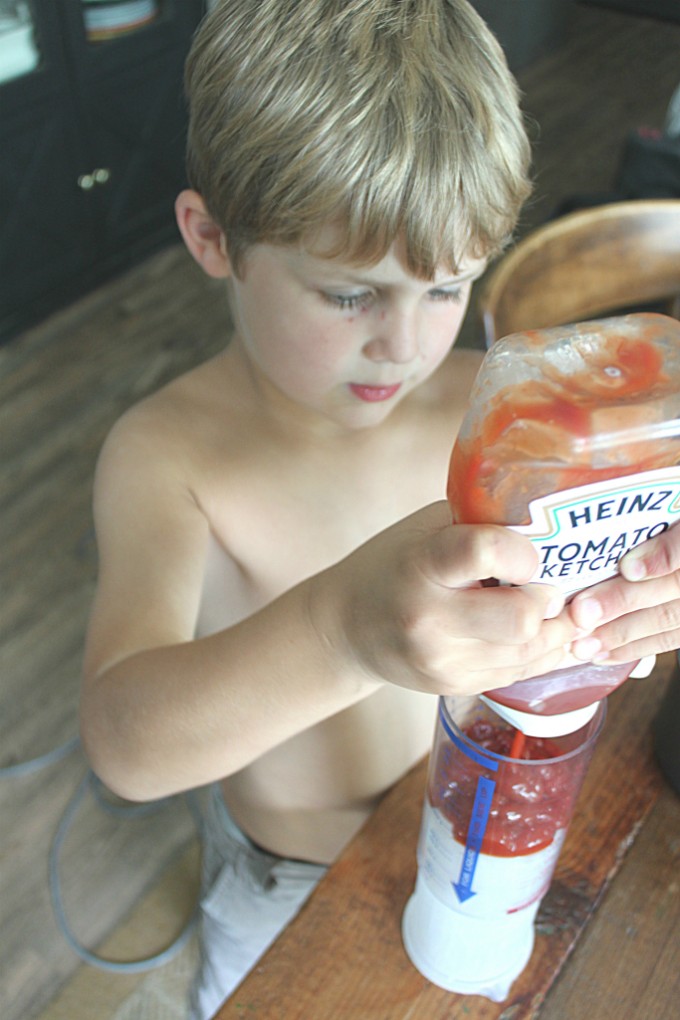 (Obviously, shirts are not required in the making of this sauce)

This is a sweeter sauce because it has both brown sugar and pineapple juice (adds such great flavor!) in it. If you like your sauce to be on the kickier side, just add a little cayenne pepper to it when mixing the ingredients together (1/4-1/2 tsp). 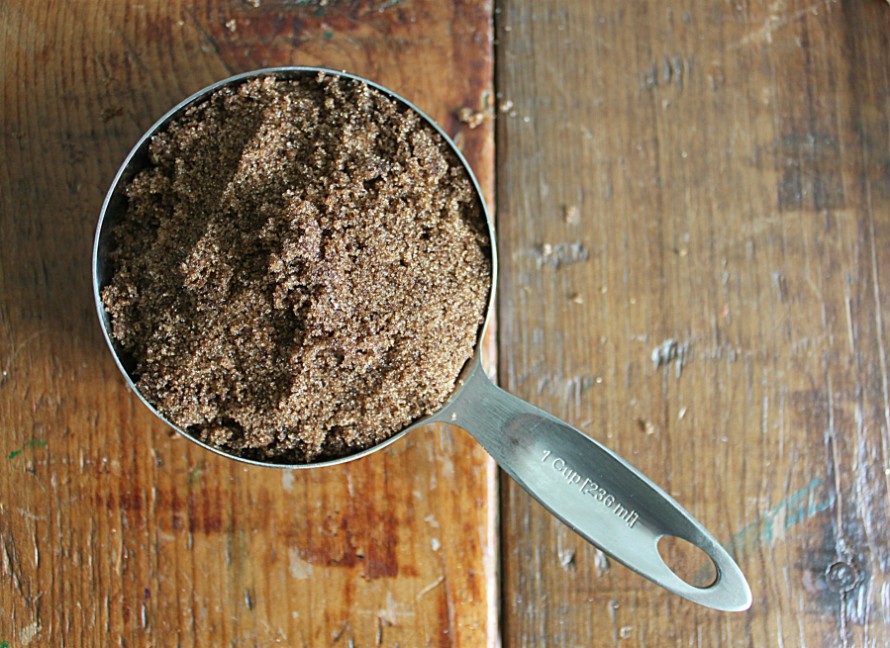 And there’s some good ol’ ‘strap in there too (that’d be blackstrap molasses). I love adding molasses to things like this–it really does add another level of depth to the flavor. One trick I’ve learned when cooking/baking with molasses–coat your measuring cup/spoon with a little coconut oil first, then measure out your molasses. 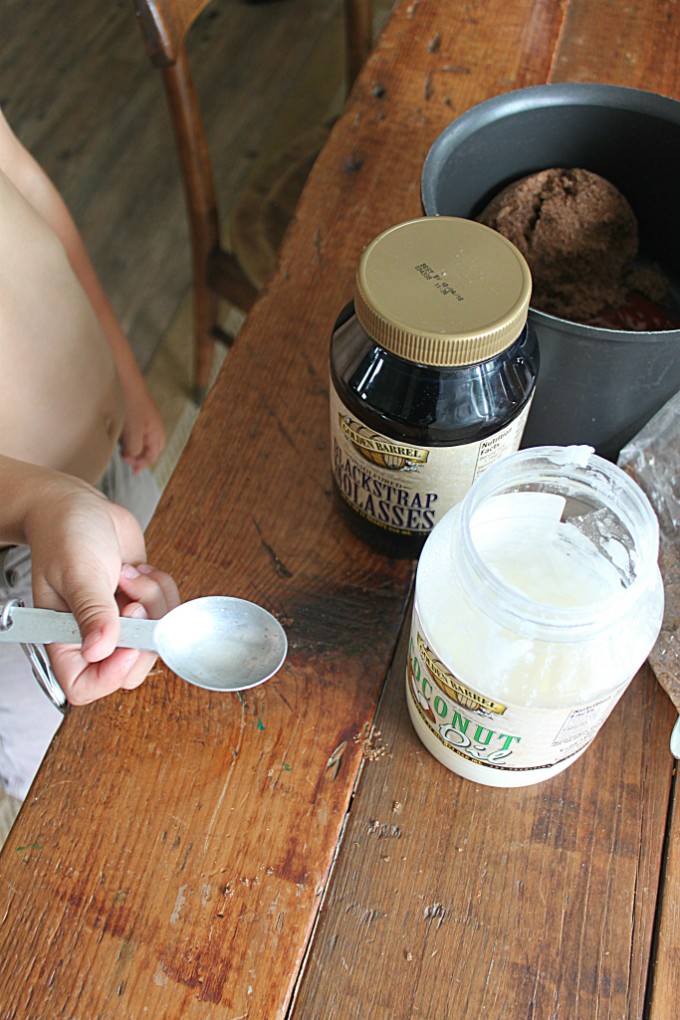 Instead of the black sticky stuff coating your spoon, it slides right off, making clean up a cinch. 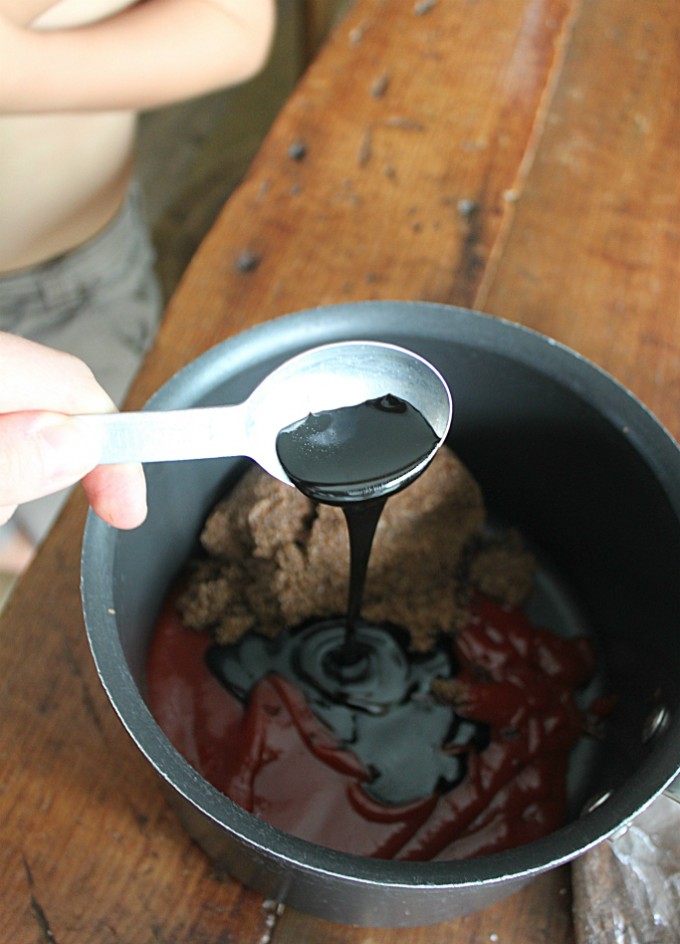 Once you have all the ingredients measured out and in a saucepan, heat everything up until combined and thickened. Pour into a container and that’s it–you have your very own homemade BBQ sauce! 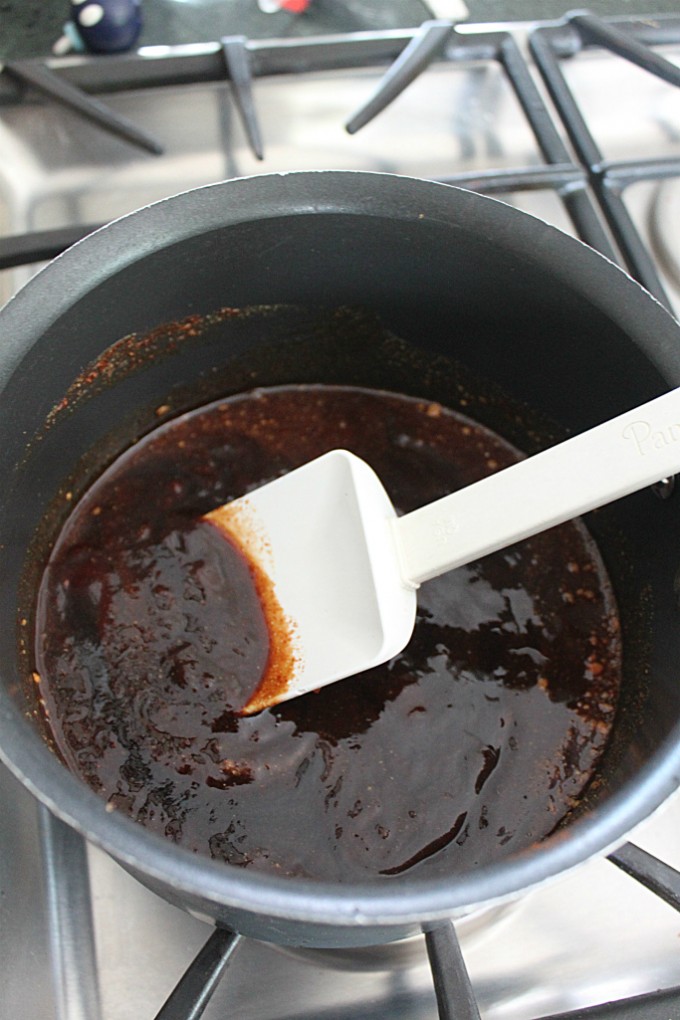 So don’t go running when you hear the word “homemade,” because when it comes to this BBQ sauce, it can’t get much easier. 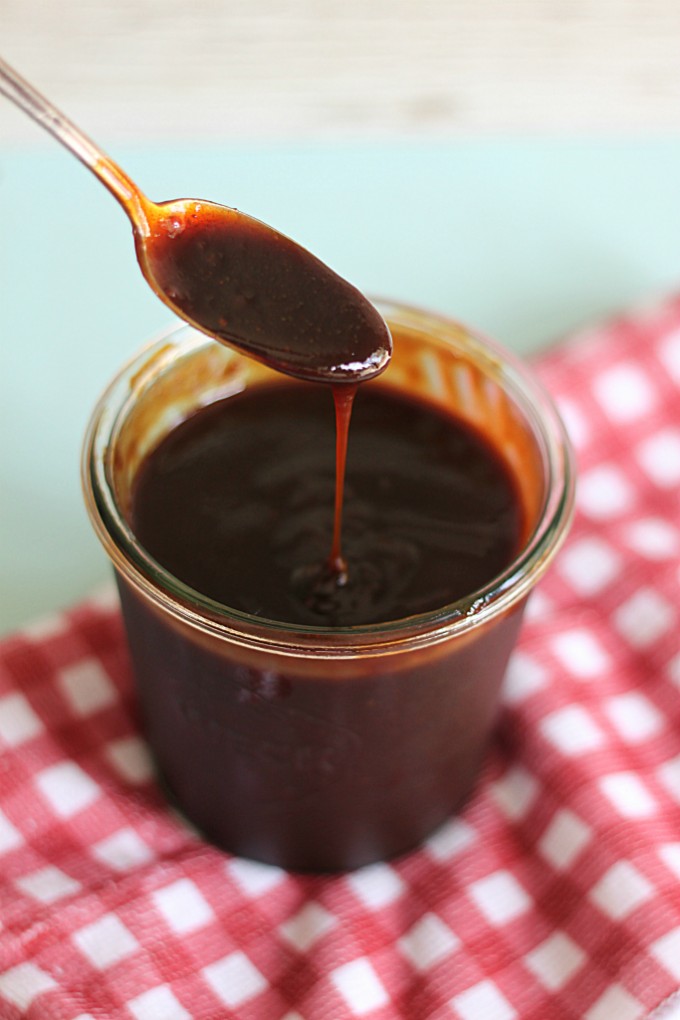 Really, Martha’s got nothin’ on us. Except probably a few million dollars. And several houses. And perfectly folded fitted sheets. (I do wish I had her sheet-folding abilities.) 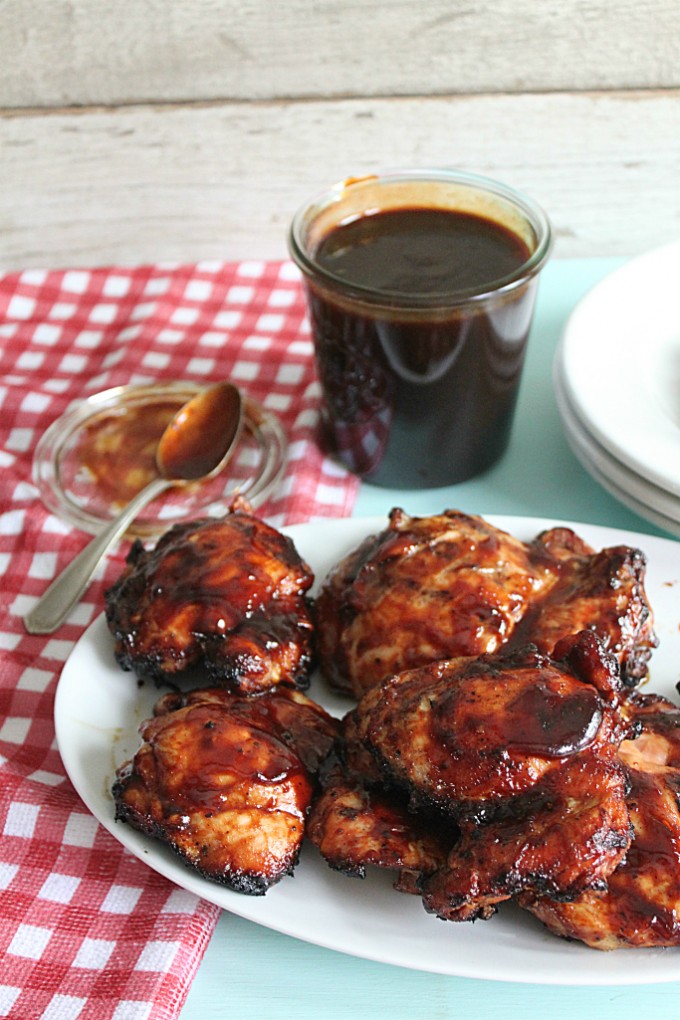 And in the words of my son, Bryce (the shirtless wonder pictured up there):

“Mom! This is the best chicken I’ve ever had!” 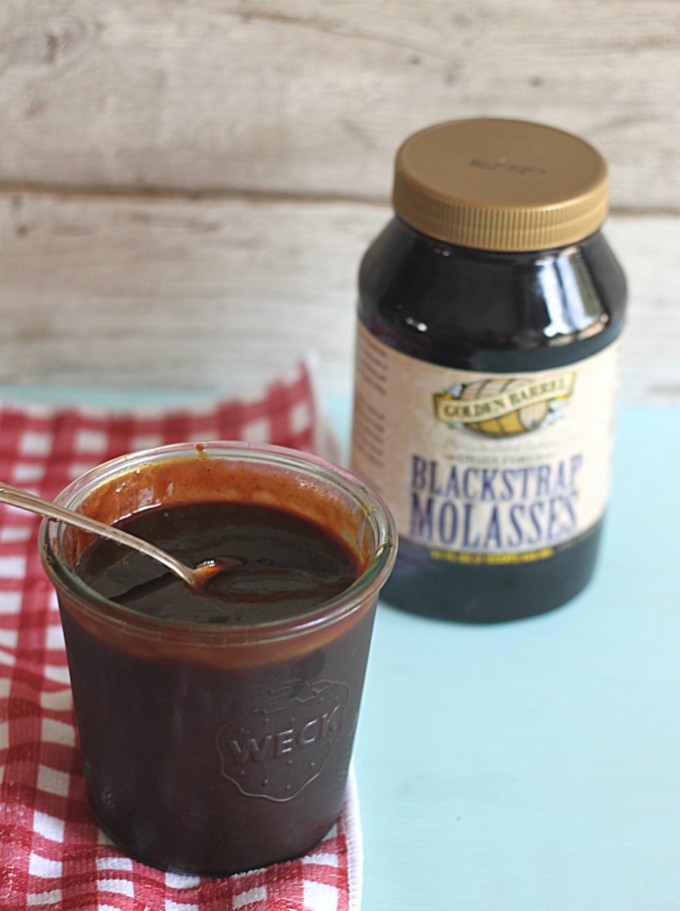 Why don’t you make some homemade BBQ sauce today and wow the socks off your kids? Or yourself. ‘Cause I must admit–it does sound pretty cool when you can say you made your own BBQ sauce. Only you and I know how really simple it is! (Don’t worry your secret’s safe with me 😉) 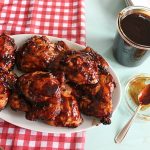 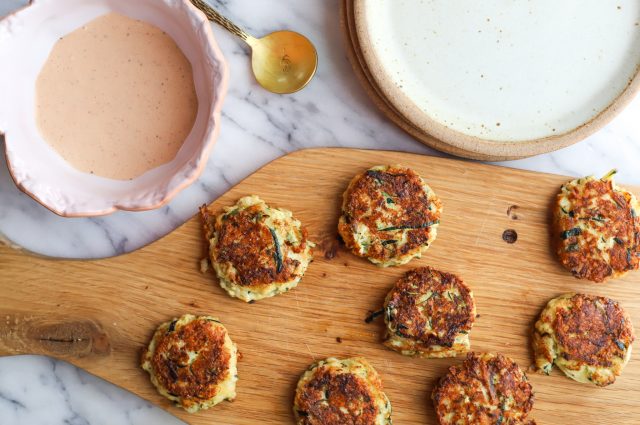 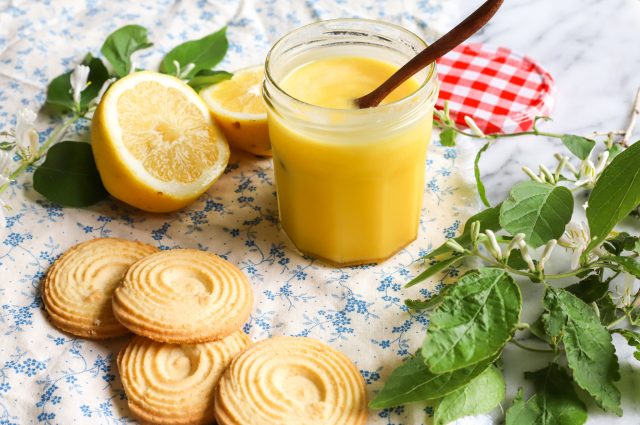 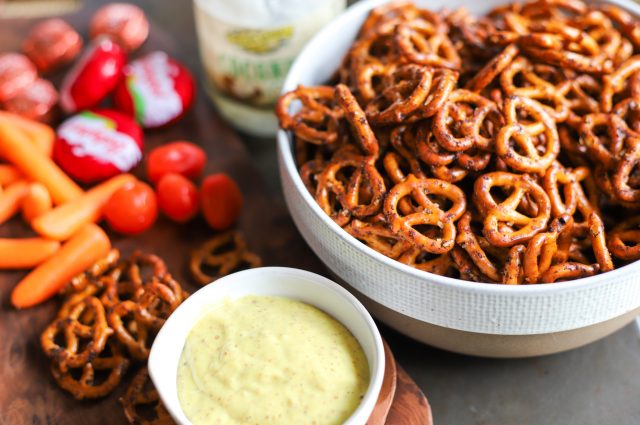 Leave a Reply to Tom B Cancel reply