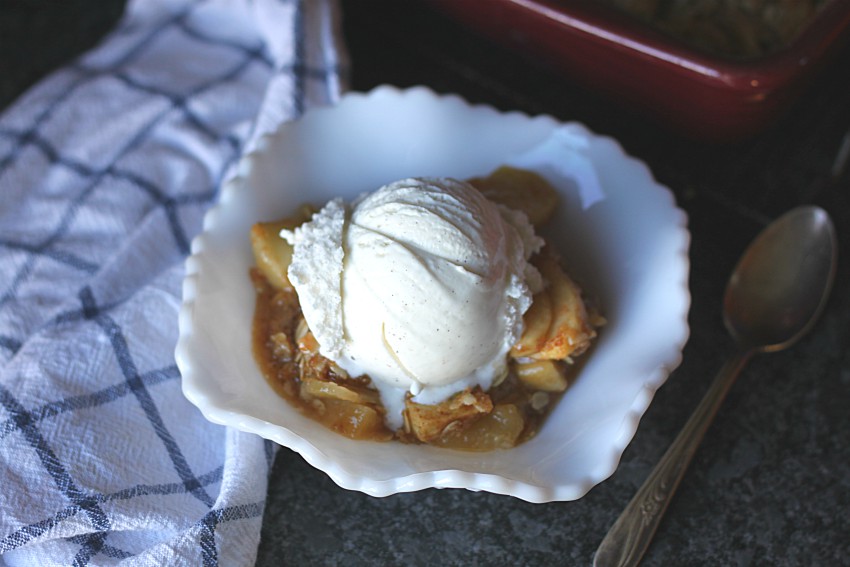 Apple crisp has always been a favorite here at our house. It’s my husband’s most requested dessert and my boys all love it too. Especially with ice cream on top. I think my favorite thing in all the world is crumb topping, so apple crisp is one sweet dish that’s always a hit. There’s just something about warm apple crisp with vanilla ice cream slowly melting on top…man, it’s a mouth-watering combination. So over the years, I’ve made many versions of crisp. This one is my favorite thus far. The apples are cut up into thin slices then halved; then there’s a brown sugar/butter combination that’s mixed in with the apples, sweetening them just enough to complement the tartness of the fruit. Along with the crunch of the crumb topping, you just can’t go wrong here. 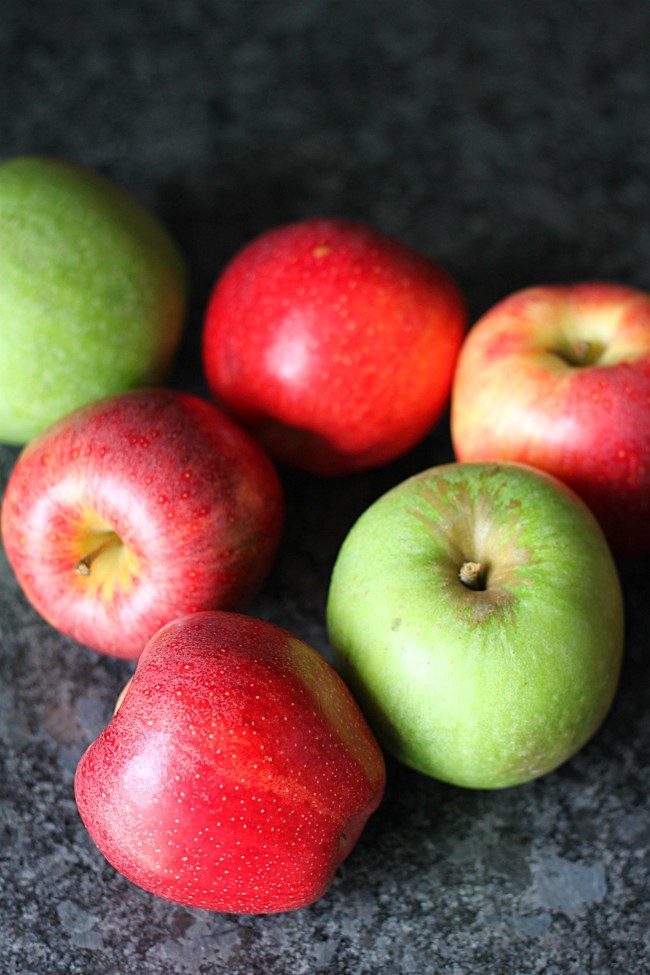 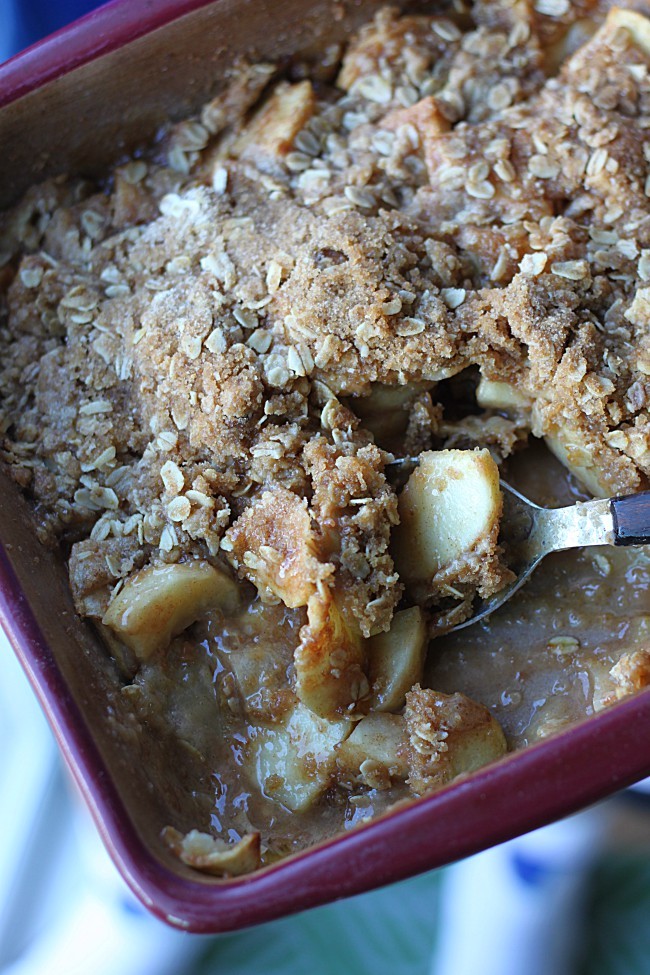 Because there’s flour mixed in along with the brown sugar/butter mixture, the inside has a pie-like consistency–not runny–but more of a glaze. There’s only a quarter cup brown sugar, so it’s not overly sweet. Adding cinnamon completes the delicious filling. 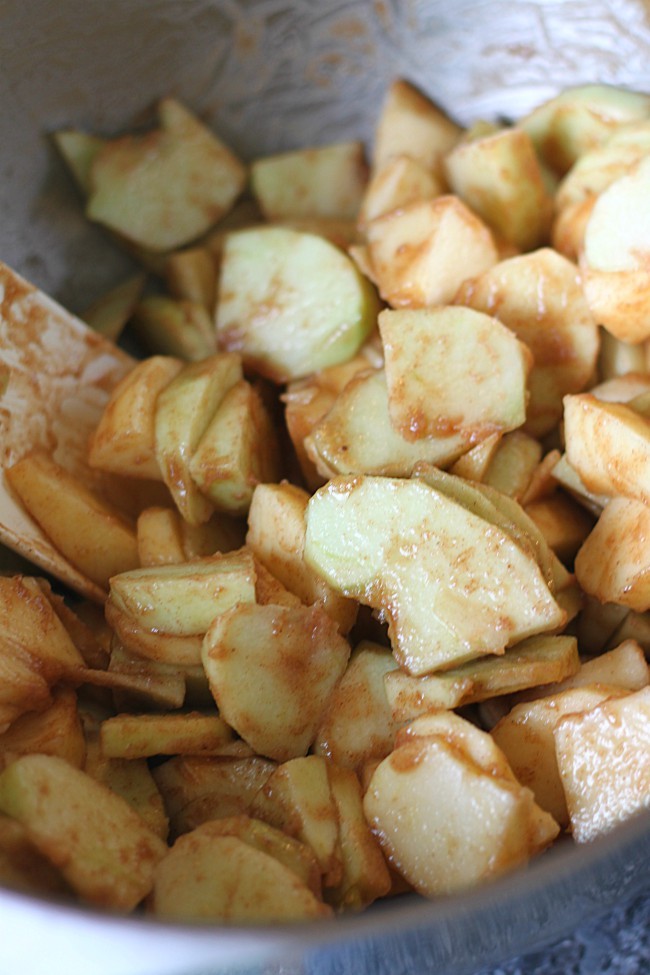 The crumb topping is a traditional one with the exception of one ingredient: baking powder. I don’t ever remember adding baking powder to my crumb toppings before. And I tried to research the purpose of the baking powder in the crumb topping but didn’t really find one solid explanation. Some said it’s for better browning, while others said it’s to make the topping crunchy and not cake-like, so I’m not sure. Either way, this topping is yummy! There’s also flour, Golden Barrel Brown Sugar, oatmeal, butter, cinnamon, which are the traditional ingredients. I used a pastry cutter to cut the butter in. 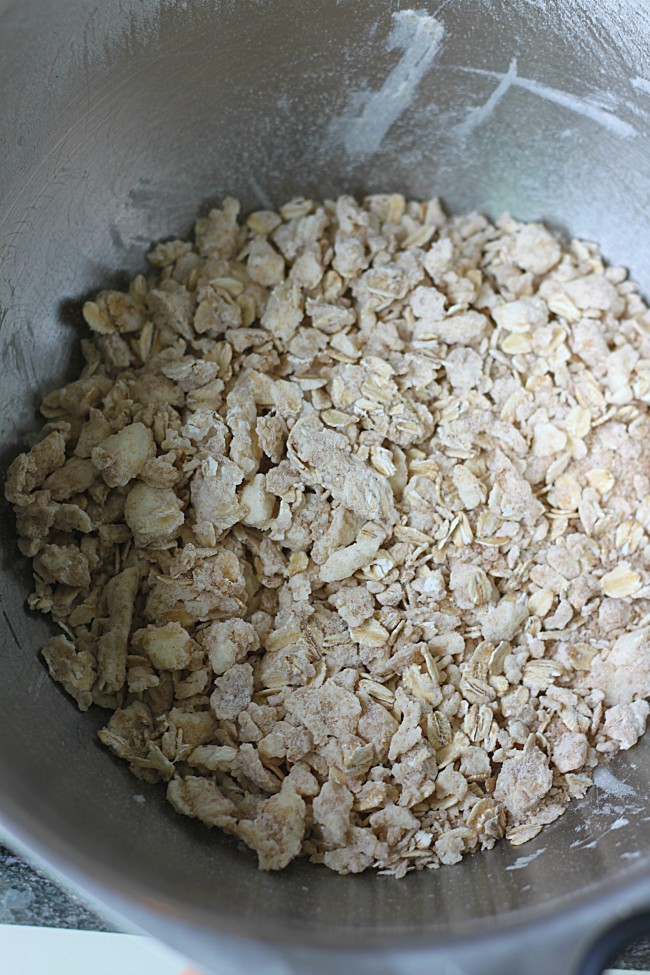 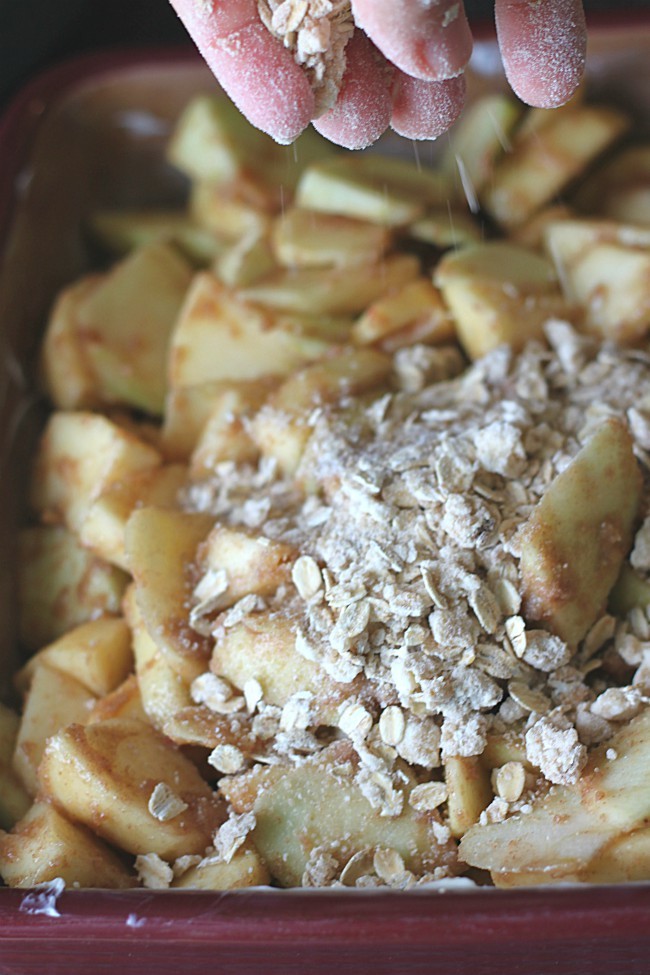 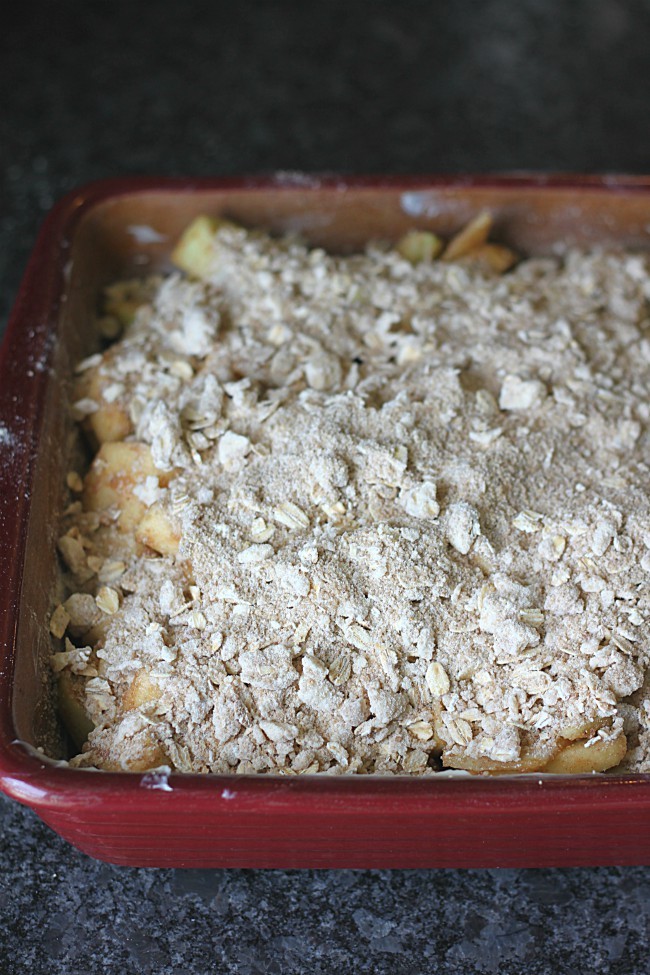 So if you’re a fan of apple crisp, this recipe is a must-try. I’m thinking it’s going to be made a LOT this fall. We might even have some with the Thanksgiving Day spread–it’s THAT good (and easier than pie!). 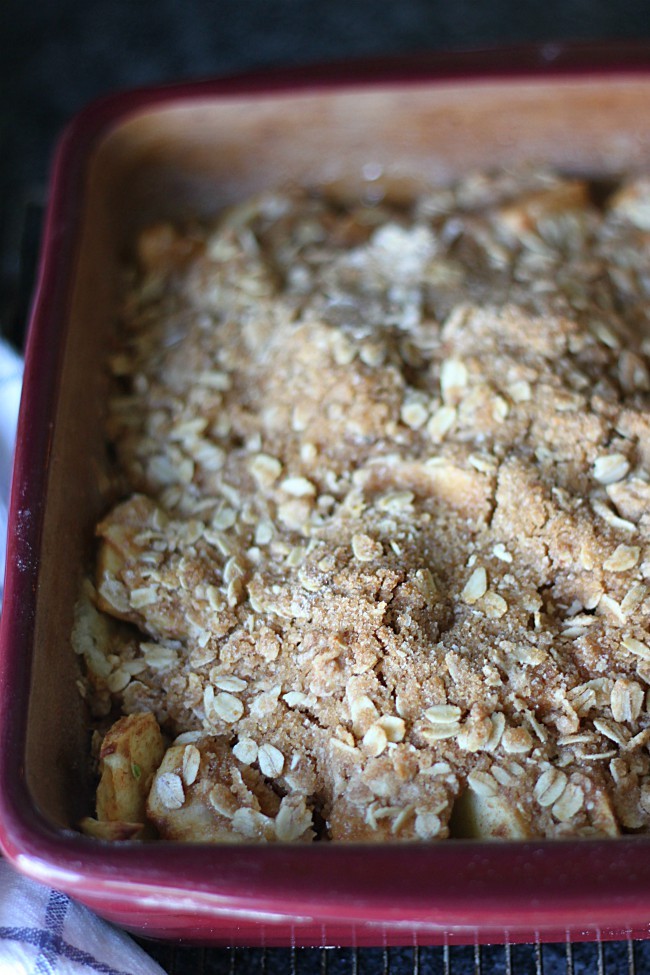 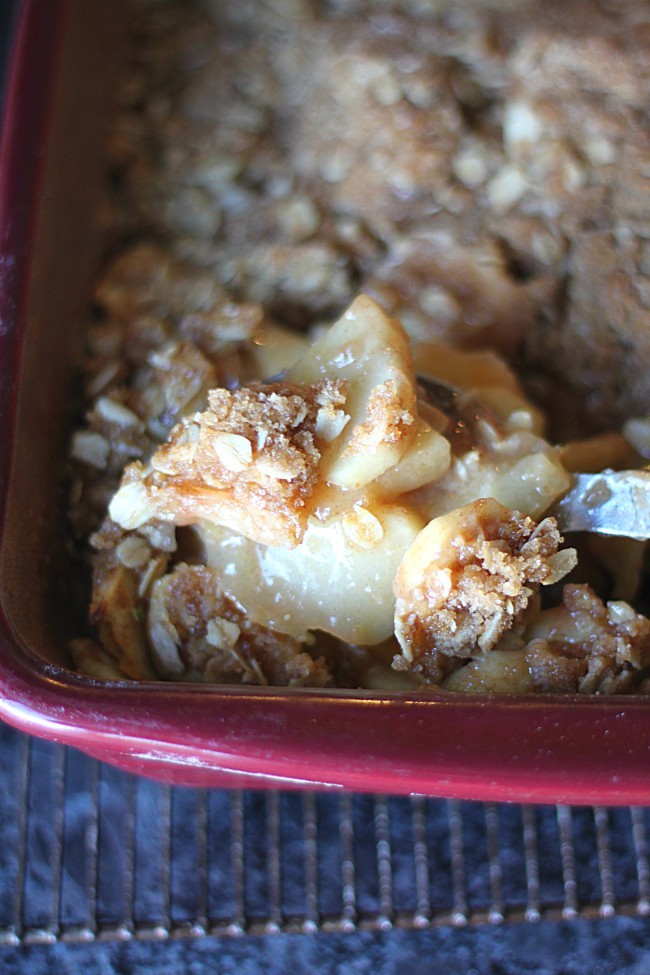 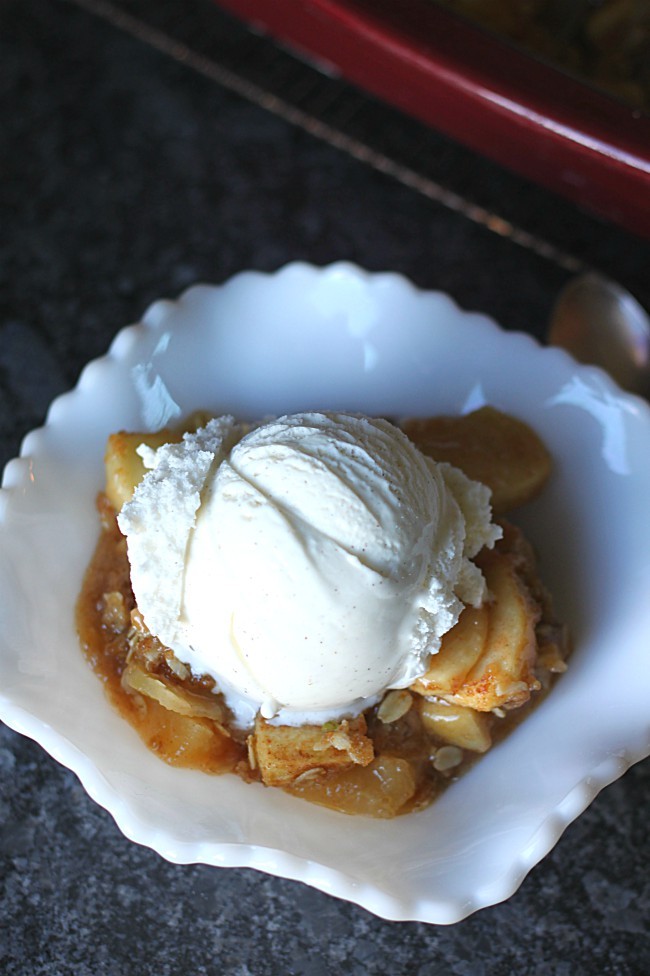 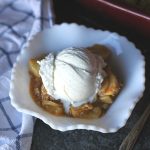 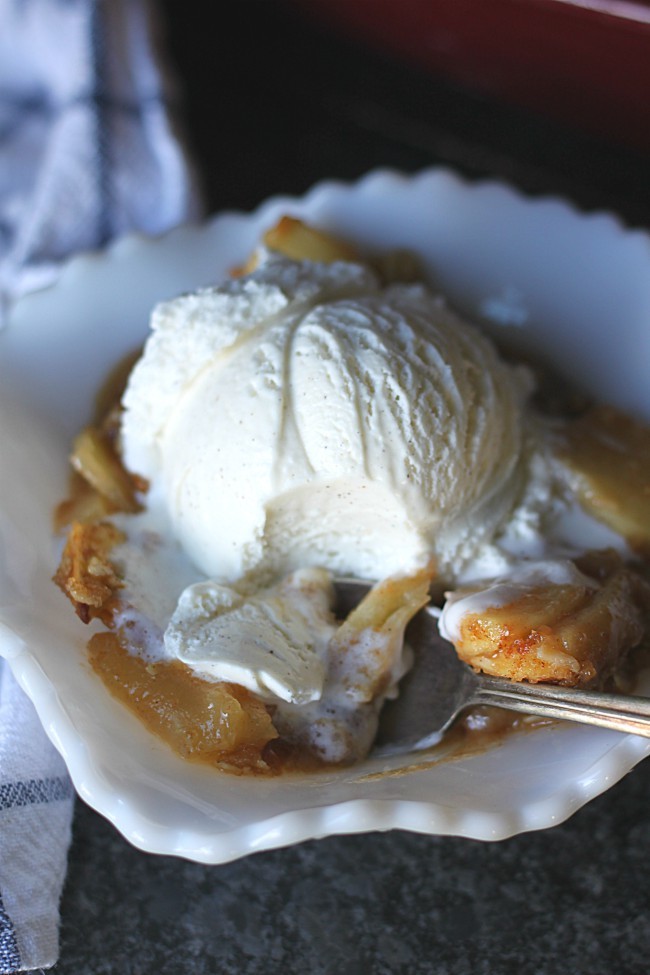