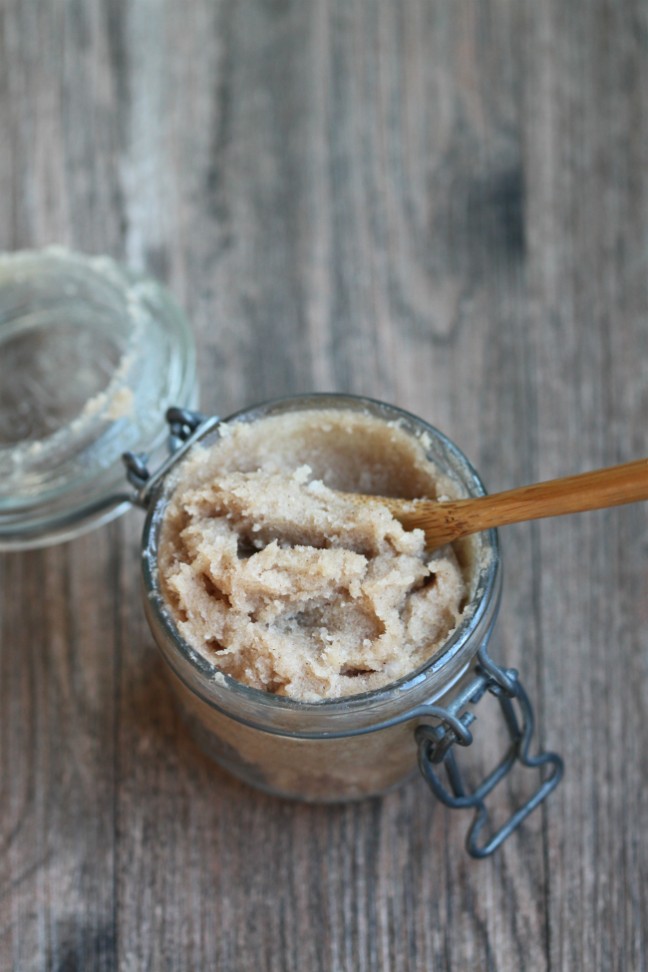 It’s this time of year when we could all use a little extra TLC in the skincare department, am I right? Don’t know about your neck of the woods, but where I’m from (Lancaster County, PA) it’s getting mighty cold. Shoot, they’re even calling for up to 2-3 FEET of snow this weekend. Yikes! With freezing temps like the ones we’ve been having, it’s no wonder my skin is feeling dry these days. Good thing today’s sugar scrub recipe is a super easy one that ANYONE can whip up in a few minutes and it’s sure to add some moisture to that dry skin of ours. This recipe is cinnamon and honey and it not only smells amazing, but it’s completely edible. My youngest (Finn, age 3) can attest to that! 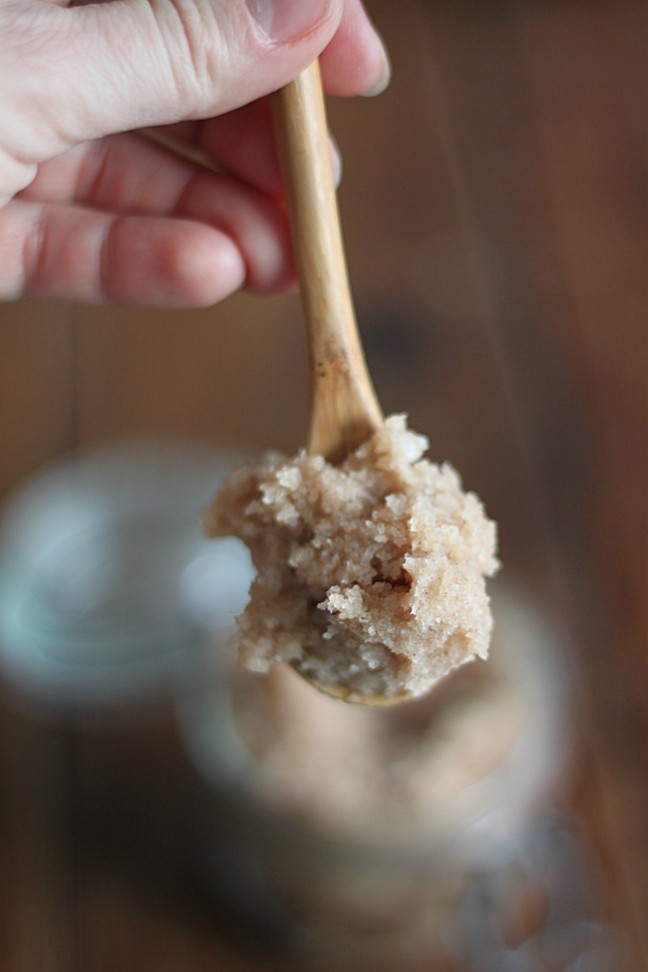 All you need is coconut oil, sugar, honey, and ground cinnamon. Mix everything together in a mixer and you’re done. It’s that easy! I whipped the coconut oil first for a few minutes until it was semi-fluffy, then added the sugar, honey, and cinnamon. If you don’t have a mixer, no worries–you can totally do this by hand. Grab a spoon and get mixin’! 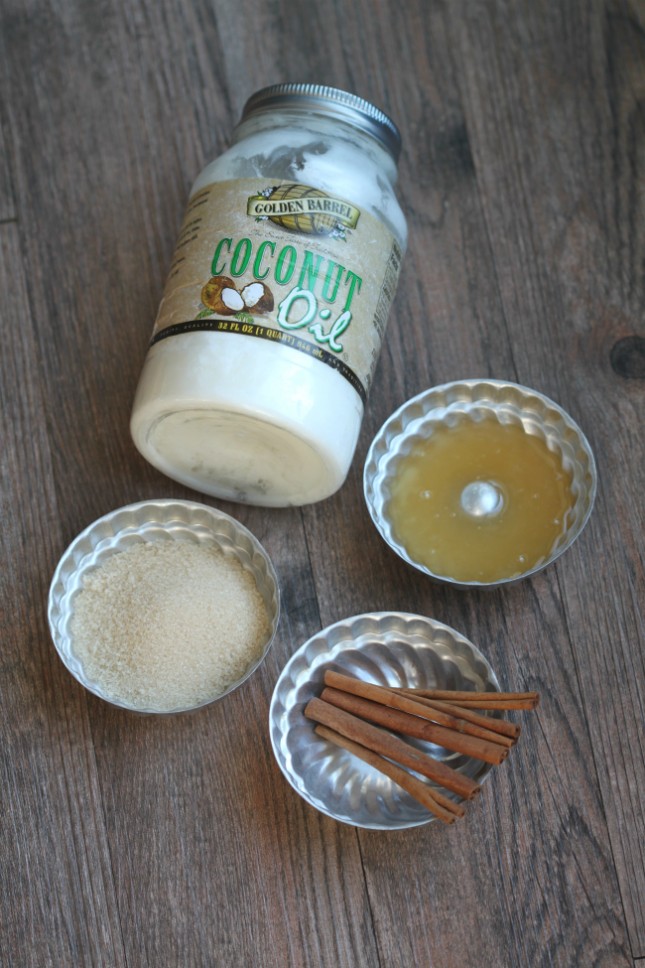 Have you heard about the benefits of honey and cinnamon? They’re both pretty amazing for the skin. Honey is naturally antibacterial so it helps with both acne treatment and prevention. It’s also full of antioxidants, and is extremely moisturizing and soothing, making your skin glow. Who wouldn’t want that treatment?! Cinnamon is also great for treating acne as well as eczema. It can even reduce signs of aging. So adding these two powerhouses to your sugar scrub can work wonders. 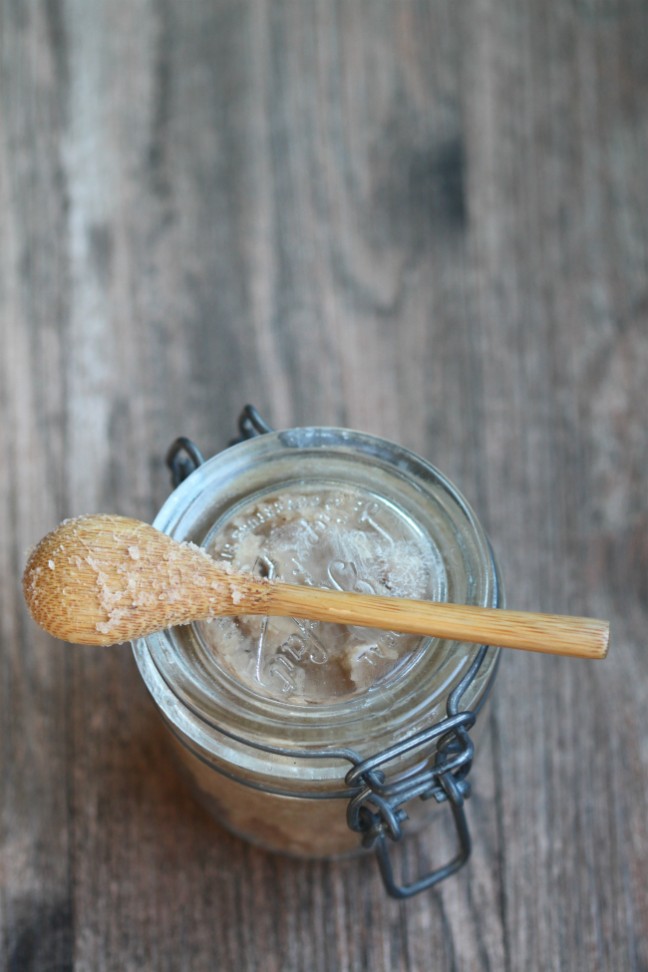 Coconut oil is great overall topically. While there are many uses (101, to be exact!), one of the most common is as a moisturizer. The coconut oil in this scrub will leave your skin feeling soft and smooth. Because coconut oil is a solid below 76 degrees Fahrenheit, the scrub will be in a soft-solid state. Just scoop some out and it won’t be long before you see it melting right in your hand. 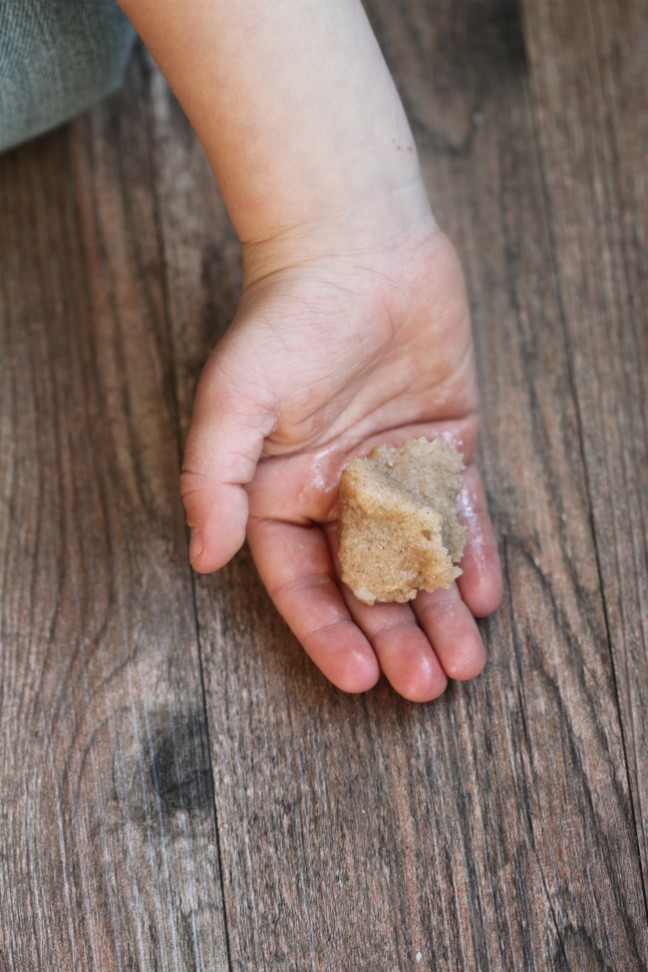 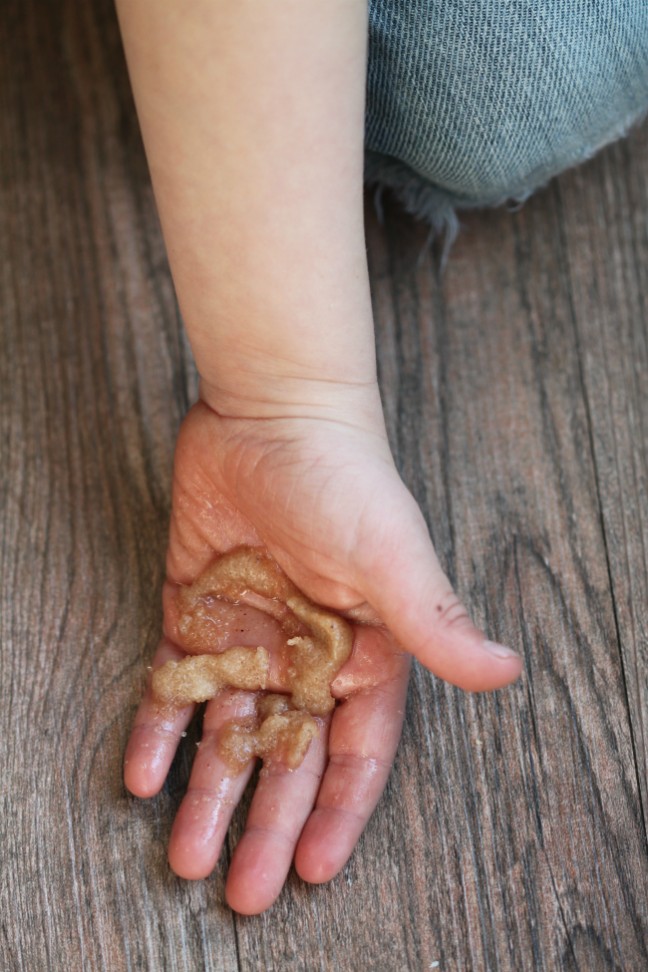 This is a great treatment for any place that is rough and dry and needs a bit of lovin’. Using Golden Barrel raw sugar is perfect for sugar scrubs. Its coarseness will aid in sloughing off dead skin. After you work it in (on dampened skin), just rinse off with warm water and you’ll feel how soft your skin is, thanks to the coconut oil. I did try it on my face and although it was a bit rough, I LOVED how soft my face felt afterward! My boys’ favorite spot to use it on was their lips. Pretty sure they licked most of it off. 😉 It is a great lip exfoliater. Give it a try…especially if you’ve never made a sugar scrub before. Seriously, it’s so simple and inexpensive. After you make a batch of this cinnamon honey sugar scrub, there’s a good chance you won’t ever buy a commercial sugar scrub again! 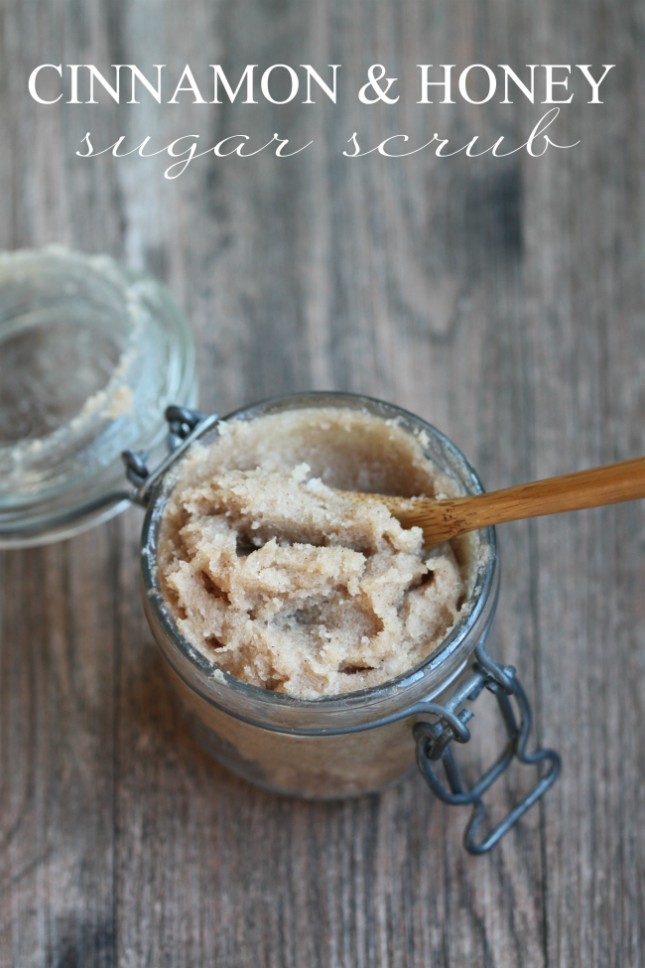 Need coconut oil? Order some today and enter the promo code 101uses to receive 15% off! 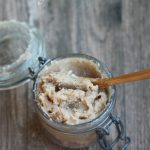 Cinnamon Honey Sugar Scrub
This is a great treat for dry, rough skin. The sugar sloughs that dead skin off while the coconut oil moisturizes and conditions.
Ingredients
Servings: cup
Instructions
Share this Recipe