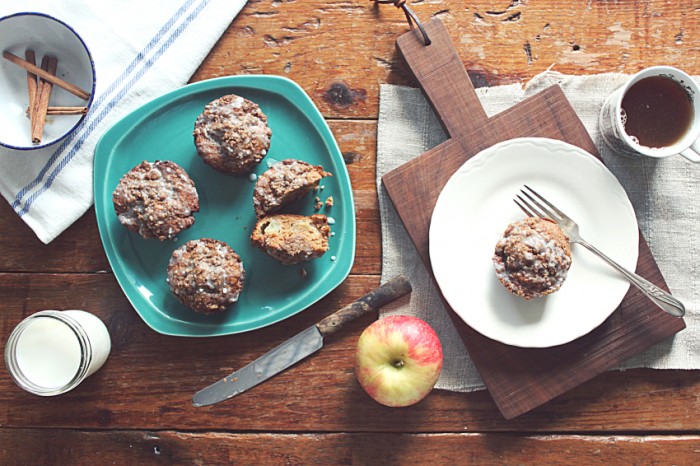 Well it’s officially apple season, folks. That means my boys have been downing apples like crazy lately, mostly in their purest form. Their granddad has an apple tree next door and they’ve been enjoying the fruit right off the tree. But we’ve also been baking with apples. I made an apple crisp (yum!) and two batches of these apple crumb muffins (double yum!). The second batch is going promptly in with Mitch to work first thing Monday morning. Otherwise I’ll be snacking all day long on these things. 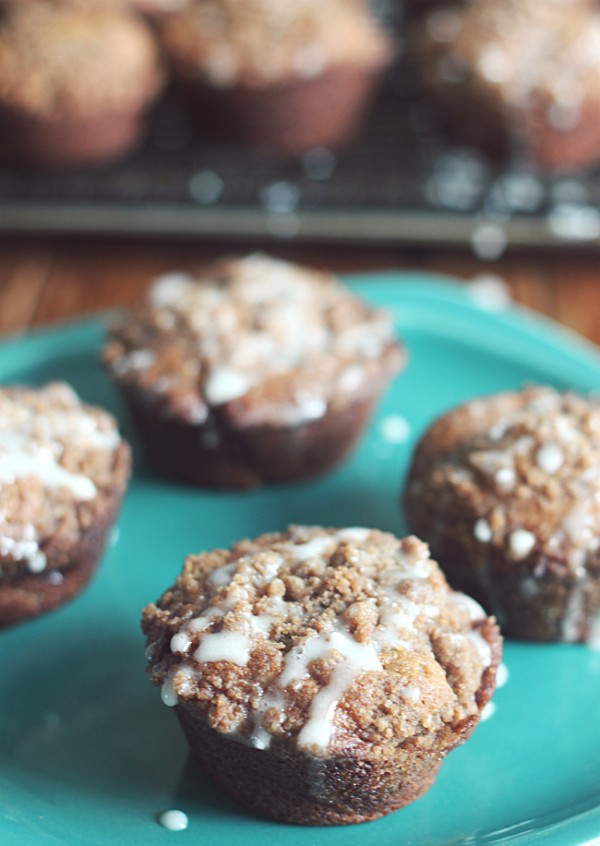 These muffins are delightful. They’re made with dark brown sugar (you can use light brown sugar as well)–both in the muffin as well as the crumb topping. Pair that with chunks of apples and a yummy glaze drizzled on top, I’m recommending that you add this to your “must-try” list asap. I also used a little bit of Golden Barrel raw sugar, but feel free to use white sugar. 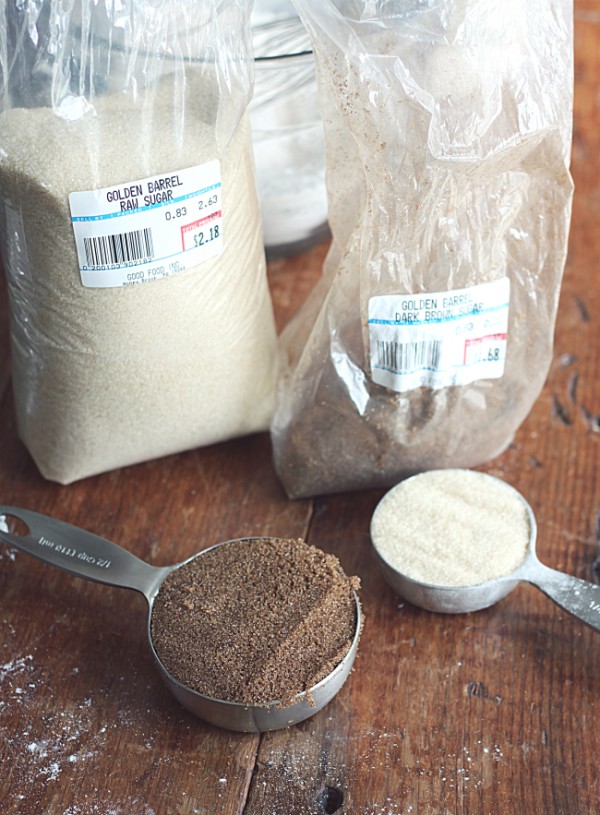 I started out by greasing my muffin pans with Golden Barrel Coconut Oil. Have I told you guys that I’ve eliminated all oils in my pantry beside refined coconut oil and olive oil? Yep. Made the switch over a year ago…maybe even longer. So whenever a recipe calls for vegetable oil, I swap it out for coconut oil. Every time. I also use coconut oil to grease all my pans. It’s a high-heat tolerant oil, so it’s perfect for the job. And because it’s refined, it doesn’t taste or smell like coconut, so no need to worry that all your goodies will taste like a piña colada-infused dessert. (Read here for more benefits of coconut oil.) 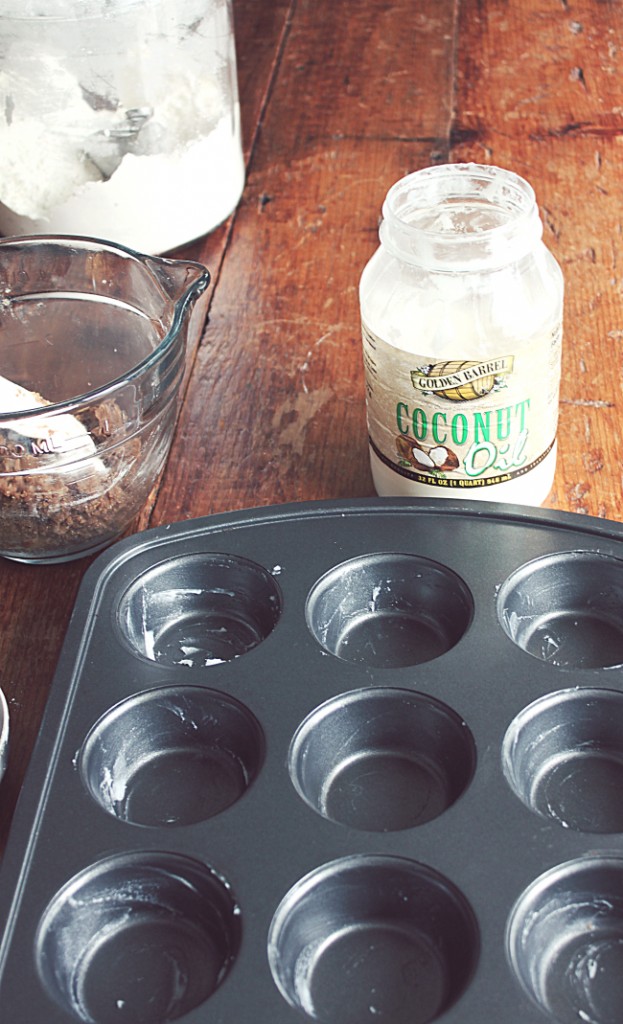 So that’s my tip for ya today–use coconut oil to grease your pans. You’ll save money in the long run plus you know exactly what you’re using (who knows what’s in those spray cans, right?) 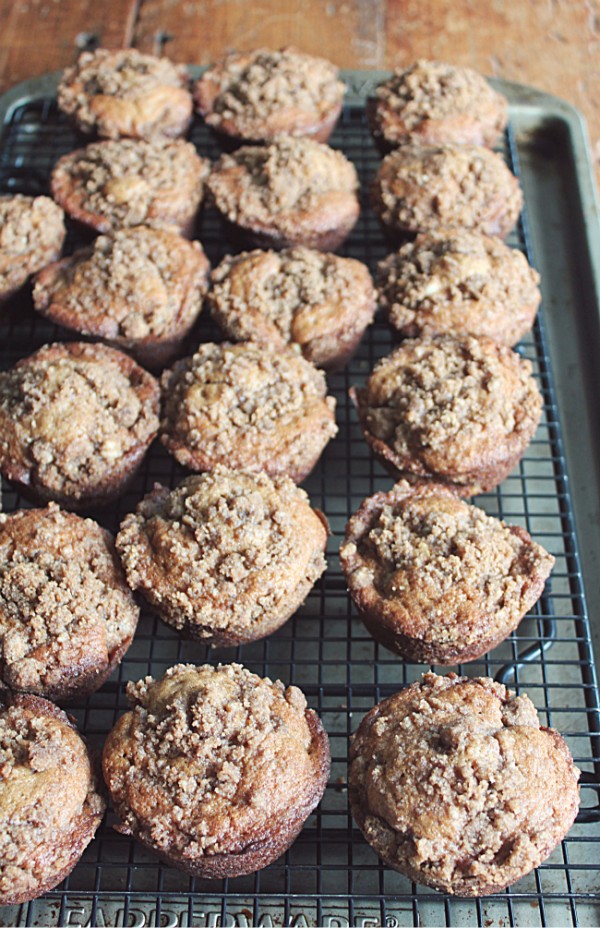 These muffins start out in a hot oven (425 degrees) so the muffins pop up then the temperature is reduced (350 degrees) to ensure even baking inside. The first time I made these, I overfilled the pans and some of the topping fell off and burned in my oven (yikes!), so you may want to place a cookie sheet underneath the muffins during baking. 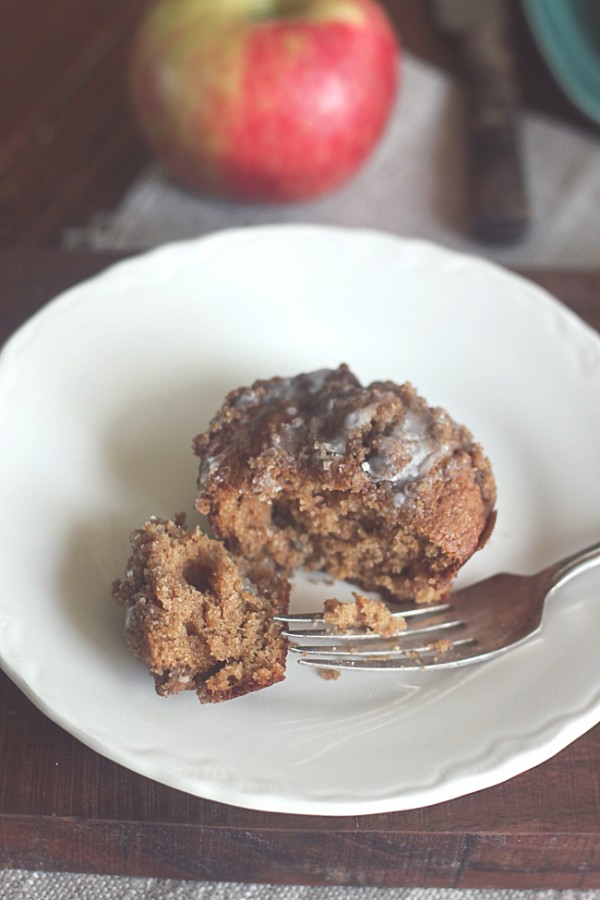 The end result is a buttery, cinnamon-infused apple muffin with a crumbly brown sugar crumb topping that has a vanilla glaze on top. It’s the real deal. 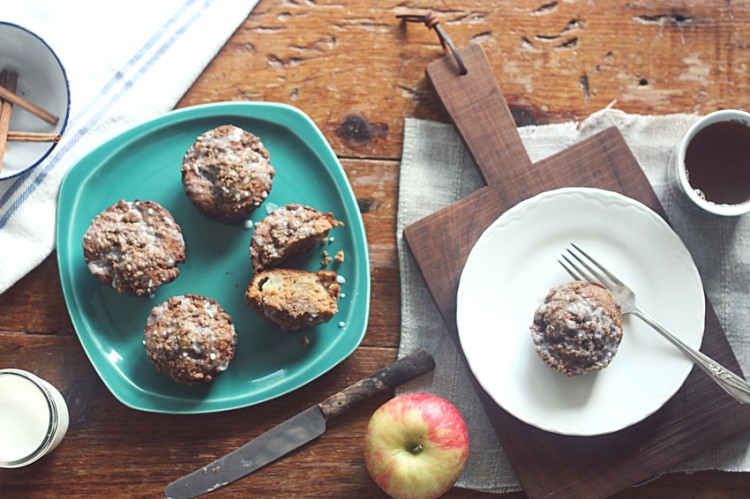 So have you been baking away with apples yet this season? If not, this recipe would be a great start! 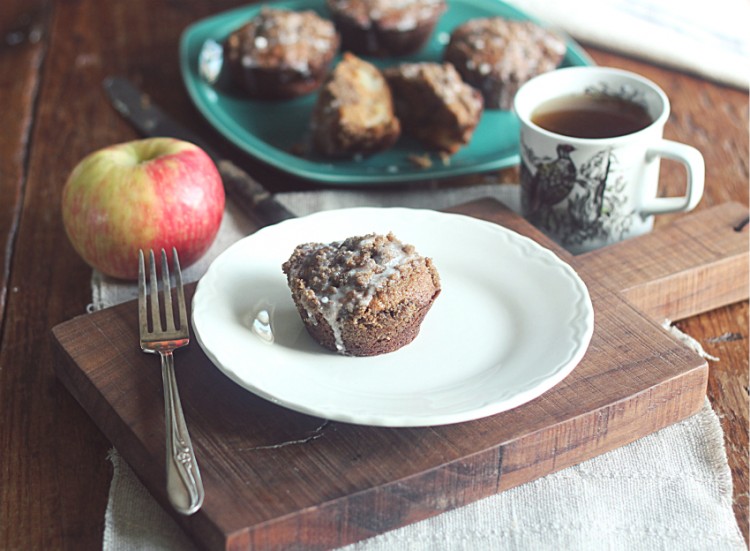 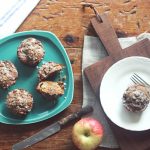